Cops get the point and target Melaka next

PETALING JAYA: Newcomers Police have started off their Super League campaign quite impressively, with the makeshift side of policemen and football pros holding Premier League champions Sabah in their opening match.

Now, they are shifting their focus to Melaka and hope to score another upset on Friday.

The cash-strapped Cops, who took the field with seven policemen and three imports, played a compact game at the Cheras Football Stadium on Sunday to deny the Rhinos, who fielded all five of their imports.

Police coach Mohd Ishak Kunju Mohamed believes things will get better as his team get used to playing in the Super League and reduce their three-point deficit in the league standings.

Last month, the Football Association of Malaysia (FAM) slapped Police with a three-point penalty after they failed to settle wages owed to players when they were in the Premier League last season.

“I’m happy with the players’ commitment, they gave their best, tactics-wise and we managed to execute what we planned to do. I am just a bit disappointed with our attacking. They should have done better, ” said the former Terengganu player.

“It was our target to get three points in this match, but things happen in football. We want to clear the points deficit but we are not going to rush into it by playing an open game. We will be compact and defensive and try to score from counter-attacks.

“We next play Melaka and they are a good side with an experienced coach and quality players... we will take it one game at a time, we want to win and climb the table slowly.”

Meanwhile, Sabah coach Kurniawan Dwi Yulianto admitted his men performed below par and were probably affected by nerves in their away fixture.

“Police did well to play a compact game and frustrate us, it’s always hard to play the first game of the season and this will be a lesson for the next game at home against Felda United on Saturday, ” said the Indonesian.

“We got a point from an away game although we wanted the three points... but I’m happy as the players worked hard, maybe they were too nervous.

“We have a young squad and this is definitely not our best game. We played better in our pre-season in Indonesia last month. The players lacked confidence and made individual errors.

“I hope we can use our home advantage to get the three points in the next match.” 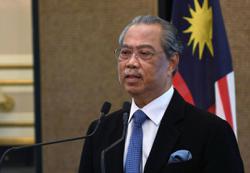