Rajkovic captained Serbia to the title and was voted the best goalkeeper of the tournament in New Zealand after the Balkan nation beat Brazil 2-1 in Saturday's final in Auckland.

"We still haven't had any official offers for Rajkovic but now is the best moment to sell him," Terzic told Belgrade daily Sportski Zurnal.

"We'd love to keep him but the club's finances are our first priority."

Red Star, who won Europe's premier club competition in 1991, have since become economic paupers in footballing terms with debts to creditors as well as former players and coaches soaring to in excess of 50 million euros (£35.8 million).

That is a huge sum by the standards of Serbia's ramshackle football infrastructure which somehow keeps consistently producing high quality players at youth level.

However, Serbian clubs are little more than pushovers in European competition as top talents regularly move abroad at a young age, with Red Star failing to rekindle even a hint of their 1991 glory.

They have surrendered domestic supremacy to bitter city foes Partizan, who have won seven of the last eight league titles, and Terzic pointed out that getting back to winning ways would be a tall order.

"There is a huge gulf between our ambitions and ability," he said.

"Our transfer budget at this point in time is zero, meaning that we can't buy players before we sell.

"Still, we hope to be stronger than last year and we'll try to sign some experienced players who are used to handling the pressure of winning consistently." 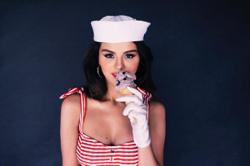