PETALING JAYA: The Australian experiment is over as coach Christian Brooker (pic) is parting ways with the Malaysian diving team.

The National Sports Council (NSC) are not renewing Brooker’s contract as the coach for the elite diving team. The contract ends after this month.

The Tokyo Olympics in August was the last assignment for Brooker with the national diving team.

The 40-year-old was a former national diver for Australia and has been in Malaysia for the last four years.

He was brought in to assist China coach Zhang Yukun after Yang Zhuliang’s contract as the head coach was not renewed in late 2017.

Yukun then left not long after the 2018 Commonwealth Games in Gold Coast and another Chinese coach Li Rui came into the picture.

Both Li Rui and Brooker were in charge of the preparations for the diving team leading to the Tokyo Olympics last month.

Brooker, who has worked with the juniors in Australia and England before, must have paid the price for the failure of the men divers to qualify for the Olympics. It was the first time that the men divers have failed to qualify since Malaysia started having representatives in diving at the Sydney Games in 2000.

A clearer picture of what led to Brooker’s contract not being renewed should come out after the NSC hold the joint committee meeting today with Malaysia Swimming.

The meeting is also to review the Tokyo Olympics outing where the diving team failed to return with a medal, with Nur Dhabitah Sabri the only bright spark with her fourth-place finish in the women’s 3m springboard individual final.

“NSC have decided not to continue with Brooker’s contract, so we have to respect their decision.

“We will have a joint committee meeting today to finalise the plans for next year,” said Malaysia Swimming secretary Mae Chen.

And as for the replacement, Malaysia Swimming have recommended another Chinese coach to replace Brooker.

The recommendation comes from Li Rui but it will be subject to the NSC’s approval.

Under Brooker and Li Rui, Malaysia managed to maintain their dominance in the SEA Games by sweeping all four gold medals at stake in the Philippines in 2019.

It was under Brooker that Chew Yiwei managed to claim his first individual Asian Games medal in Jakarta three years ago.

Yiwei took bronze in the men’s 3m springboard individual and it was the first medal by a Malaysian male diver in 16 years. 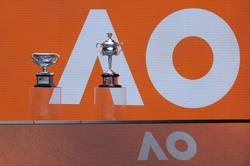 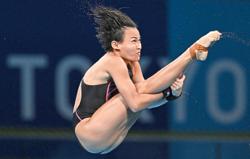