Wish me luck: Diver Leong Mun Yee posing with the Olympics mascot at the Games Village.

Mun Yee hopes so when she gets into action in the women’s 10m platform synchro event with Pandelela Rinong at the Tokyo Aquatics Centre. The event starts today but both Mun Yee-Pandelela will only start competing on the third day (July 27).

Mun Yee is the only Malaysian athlete to compete in five Olympic Games, one better than shuttler Lee Chong Wei, her teammate Pandelela, track cyclist Azizulhasni Awang and sailor Kevin Lim. Unfortunately, she has not won any medals in the last four outings in 2000 Sydney, 2004 Athens, 2008 Beijing and 2012 London.

Her partner Pandelela is more successful, having won a bronze at the 2012 London edition and a silver with Cheong Jun Hoong at the 2016 Rio campaign.

At 36, Mun Yee will be the oldest women diver competing in Tokyo and she does not see herself going through the daily grind until the 2024 Olympics in Paris.

“It is getting harder to keep our bodies in good shape as we keep up with the younger competitors,” admitted the Ipoh-born Mun Yee, who did not take part in the last Olympics in Rio de Janeiro.

“Five Olympics are enough and personally, I hope to finish with a medal.

“It’s the only medal I have not managed to get as I’ve won before at all the other multi-Games,” she said.

Mun Yee is a three-time medallist at the World Aquatics Championships and has also stood on the Asian Games podium seven times.

As the most experienced pairing in the 10m platform synchro event, Mun Yee-Pandelela should be able to finish on the podium if they execute their five dives without any glaring mistakes.

Games debutants Chen Yuxi-Zhang Jiaqi are likely to maintain China’s grip on the event but it will be a fight among the Malaysian pair, Canadians Meaghan Benfeito-Caeli McKay, Americans Delaney Schnell-Jessica Parratto and England’s Eden Cheng-Lois Toulson.

Benfeito previously partnered Roseline Filion to win bronze in the event in Rio and took gold with McKay at the World Cup in Tokyo in May while Pandelela-Mun Yee ended fourth.

“We have been working hard in training after the World Cup to touch up on areas that we should improve,” said Mun Yee.

Despite having two Olympic medals in her collection, Pandelela is still relishing the competitive fight.

“I am still very excited and hope to do my very best. I am an experienced athlete but I still have to train as hard as the others and still do my very best,” said the 28-year-old.

The 3m springboard synchro event takes place today but Malaysia are not represented. 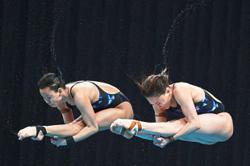 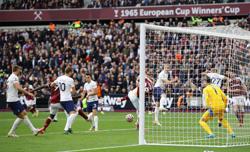