Eager for action: Pandelela Rinong will get an opportunity to evaluate her form in the online diving competition.

The Tokyo Olympics-bound Sarawakian has a chance to become a first-time online champion when she takes the plunge in Malaysia’s very own international live streamed competition from Nov 14-15.

The competition will also see divers from Australia, New Zealand and Singapore performing at their respective countries.

Points would be awarded by a group of judges, who will be monitoring their performance through the live streaming.

Pandelela said they had conducted test runs and everything went smooth except for one snag.

“We have completed two tests to see how our performance will be viewed online... it’s all good but the only thing that needs to be improved is the Internet speed, ” she said.

“However, this is really a good thing for Malaysian diving as it will be the first of its kind. I believe, no other country has done it in diving before, ” said Pandelela.

The competition will also give Pandelela an opportunity to evaluate her form.

“Thanks to the three months of movement control order at home, I feel healthier. My body and mind are refreshed, ” said Pandelela, who admitted she was physically exhausted after years of training and competing.

“My goal is to regain my consistency. I’ve done a lot of technique adjustments following the guidance from coach Li Rui. Hopefully, it will show in competition.”

To get her mind off daily training, the Bachelor of Sports Science graduate from Universiti Malaya has started reading again. And on top of that, she has taken up several online classes.

“I’ve more time now that I’ve graduated. I’ve picked up my old hobby, which is reading, ” added Pandelela, who enjoys every genre especially those with motivational content.

“I’m also keen to know more about e-commerce and financial planning as I know they will be useful later in life.”

Pandelela has done the country proud in the last two Olympics. She was the first Malaysian woman and first diver to win an Olympic medal – a bronze in the 10m platform at the 2012 London Olympic Games. Four years later in Rio de Janeiro, she took the silver with Cheong Jun Hoong in the 10m synchro platform. 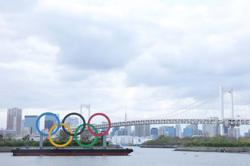