No extra pressure on Azizul as MNCF trust he will deliver 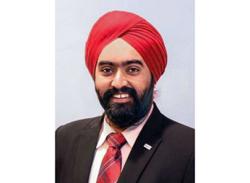 PETALING JAYA: The Malaysian National Cycling Federation (MNCF) do not want to put any pressure on track cyclist Azizulhasni Awang by setting a target in view of the extraordinary circumstances surrounding the Tokyo Olympics preparations.

Azizul, who is making his fourth straight Olympics appearance, will compete in the keirin and sprint along with fellow Malaysian Mohd Shah Firdaus Sahrom.

“We believe as a seasoned cyclist, Azizulhasni knows what it takes to do well at the Olympics,” said Ashakari, who will not be in Tokyo because of Covid-19 restrictions.

“We have evaluated everyone’s views. Beasley has assessed Azizul’s form and he is confident the cyclist will give his best in Tokyo.

“Azizul has what it takes to become Malaysia’s first Olympic gold medallist and we know what he is capable of.

“He has beaten the best cyclists on several occasions over the years.

“We want a positive outcome from him and Shah Firdaus but we also have to acknowledge the situation the world is in.”

Coach John Beasley will help manage the cyclists while the Japan Cycling Federation (JCF) will assist if they face any issues at the Olympics venue in Izu, about 120km from Tokyo.

“We are in touch with JCF and they are willing to help us if the Malaysian team face problems at the Izu Velodrome.” 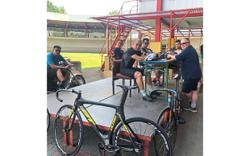