Decision to compete abroad during Raya pays off for Fadhil 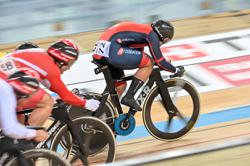 The 23-year-old rebounded in the last 250m to confirm a place on the podium in a time of 1:01.772 at the Hong Kong Velodrome yesterday.

Fadhil’s effort was not enough for the gold medal, which went to German cyclist Felix Gross who had earlier posted a time of 1:00.774.

Spaniard Juan Peralta got the bronze with 1:02.173, just ahead of another Malaysian rider Mohd Ridwan Sahrom, whose time was a new personal best.

For Fadhil, it was still an impressive run in his speciality event considering that he had not raced in a competition for more than a year.

Fadhil earlier lived up to his billing as Asia’s top ranked cyclist in the 1km time trial event after topping the qualifying session on Friday with 1:01.117. Gross and Peralta came in second (1:01.120) and third (1:02.351) in the qualifying.

Fadhil was thrilled to deliver Hari Raya cheers to Malaysia by finishing on the podium in the series, formerly known as the Track World Cup.

“This is my first international race after more than a year, after the 2020 World Track Cycling Championships in Berlin.

“I had given my best and managed to get a silver medal for the 1km time trial. Hari Raya sacrifices for racing abroad bears fruit. This is for you Malaysia, ” said the Sime Darby Foundation rider, who holds the Asian record in the event with 1:00.305.

Fadhil is the youngest member of the elite squad based in Melbourne. He was supposed to join Azizulhasni Awang and Shah Firdaus to train in Melbourne but was stuck in Kuala Lumpur as he could not get his visa renewed before the movement control order came into effect in March last year.

Anis Amira Rosidi’s campaign in the women’s individual sprint ended after she lost to Sato Mina of Japan in the first round of the knockout stage. 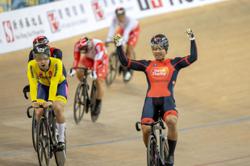