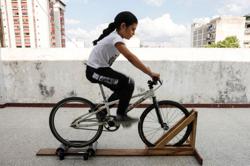 A real threat: Mohd Shah Firdaus Sahrom is not going to the Tokyo Olympics to make up the numbers.

PETALING JAYA: It may be a fitting compliment coming from a former keirin world champion cyclist who is also his mentor but national track cyclist Mohd Shah Firdaus Sahrom is keeping his feet on the ground.

Azizulhasni Awang posted on Facebook that he believes that his training partner is not going to the Tokyo Olympics to make up the numbers after his impressive keirin win at the Australia Track National Championships in Brisbane over the weekend.

“This young boy (Shah) is track cycling’s version of shuttler Lee Zii Jia. He has huge potential to bring back a gold medal at the Tokyo Olympics, ” said Azizul in making a reference to Zii Jia’s unexpected title-winning run in the men’s singles event at the recent All-England badminton championships.

Azizul won the gold at the 2020 edition of the Australia national meet in December and it was Shah Firdaus’ turn to shine as he blasted past the field with two laps to go.

Shah Firdaus had also won a bronze in the sprint while Azizul also did well to take two silver medals in what is the last competition for the duo before they head to Tokyo.

But the 25-year-old is not losing sight of his ultimate goal this year.

“Winning or losing is not our main goal to race in the local meets here in Australia, ” said Shah Firdaus.

“We just want to try out the different sprint tactics. We started sprinting long distance and it worked this time.

“But there is still a lot I can improve on in terms of cycling tactics and knowing when to make decisions during a race.

“I’ve won all my races this time but the next one we’re going to is different. It’s the Olympics and I do not want to put any pressure on myself.

“It’s also my first Olympics and I want to go there to enjoy my race while trying for the best result at the same time. I will just take whatever the outcome is, ” added Shah Firdaus, who qualified on merit for the individual sprint and keirin in Tokyo. 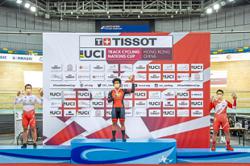 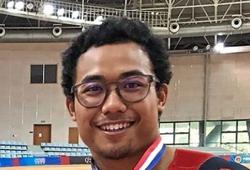