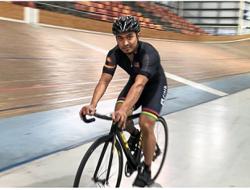 Freak accident: Azizulhasni Awang getting treatment after crashing in the men’s keirin final of the UCI Track World Cup Series in Manchester in 2011. — AFP

KUALA LUMPUR: It’s a fleeting reminder of how fragile life is and Azizulhasni Awang does indeed count his blessings at this time each year.

It was on Feb 21 a decade ago when he made sporting news worldwide after he was involved in a scary track incident at the final leg of the UCI Track World Cup series in Manchester, England.

Azizul’s left calf was skewered by a 20cm long shard of Siberian pine splinter from the track after he was involved in a nasty four-rider pile-up at the final bend.

But incredibly, Azizul recovered to remount his bike and later pushed it across the finish line to take third place behind then reigning Olympic champion Sir Chris Hoy and Jason Niblett in the men’s keirin final at the World Cup meet.

Azizul, recounting what he went through in a Facebook posting recently, revealed he hid the extent of his injury from coach John Beasley because of his determination not to give up the chance to claim a podium finish.

It is these fighting qualities that immediately earned Azizul respect in the eyes of the track cycling world despite not being born with the physical characteristics to excel in his sport.

What Azizul lacked in physical attributes, he made up for with astute race craft and an unrivalled mental tenacity that has landed him a historic world title and an Olympic bronze medal in a career of many highlights.

“I still wanted to continue a few seconds after I fell. I saw coach John beside me and he asked ‘are you okay Azizul?’. I had to lie to John at that time and also myself.

“I wanted to finish the race because I wanted to keep my world No. 1 ranking status in keirin at that time.

“I needed to finish fourth in that race and I just answered John, ‘I am all good mate, can you help to lift me up real quick.

“John was sceptical as my racing suit was torn, the helmet was cracked and the visor shattered.

“I had to convince him. He carried me up and put me back on the bike. I just don’t know how I made it by walking to the finish line.

“I was so relieved as I knew I got third place and secured my position as the overall series winner.

“It was mission accomplished and I had to hold the barriers to support myself immediately after crossing the finish line, ” recalled Azizul, who added that he was then struck by a sharp pain from his left calf.

“It was only then that the pain took over from the adrenaline and I started to think of my own safety.

“My head almost exploded and I felt pain all over my body.

“I won’t forget that experience as the pain suddenly shot up.

“I had been in many track accidents but not like this, so it’s hard to describe the feeling but it’s not something I wish to go through again.

“I knew it was not a normal injury. I had to brave myself to look down and it was only then when I realised what I had been through.

“I had to spend the night with the wood splinter on as they could only do the MRI scan the next morning before proceeding with surgery.”

The 33-year-old is based in Melbourne and will be one of the nation’s medal prospects at the Tokyo Olympics in July.

Azizul and training mate Mohd Shah Firdaus Sahrom have both qualified for the Tokyo Olympics in individual sprint and keirin. 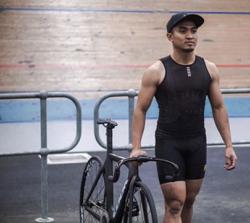