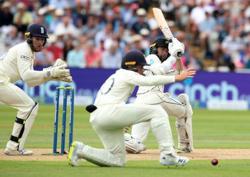 Conway has been selected for New Zealand's tour of England, which starts with a two-test series against Joe Root's side followed by the inaugural Test Championship final against India in Southampton from June 18.

The 29-year-old lefthander, who will bid to make his test debut on the tour, hopes playing the ball off kitty litter might help prepare for the variation of spin off bowlers' foot-marks.

"Basically the idea is to get the ball to sort of spit out of the rough," Conway told New Zealand broadcaster Spark Sport after throwing some kitty litter on a pitch.

"It's a bit harder to play, but good practice ... It's about finding a gameplan to combat that and just practice how you're going to play in the game.

"When it does roughen up and the ball does spit and turn a lot, it's all about being positive."

New Zealand play the first test against England in London on June 2. 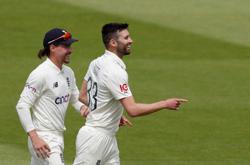