Chahar claimed 4-13 to mow down Punjab's top order as Chennai prevailed by six wickets with 4.2 overs to spare for their first win of this year's tournament.

In what is considered a batting-friendly format, Chahar sent down 18 dot balls to strangle Punjab, who could never recover after being reduced to 26-5 in the seventh over.

"Over the years, he has matured into a death bowler too but he's somebody who gets more purchase than other bowlers," Dhoni said, explaining his decision to bowl out Chahar's four overs in one go.

"If you're looking to attack, why not finish his first four overs?"

Chahar drew first blood with an excellent outswinger that angled past Punjab opener Mayank Agarwal's tentative bat to hit the top of the off stump.

"It was a dream ball for any fast bowler, pitching on the middle stump and hitting top of the off," Chahar said after collecting player-of-the-match award.

"It was a coach's delight, every coach tells you to hit the top of the off stump."

The 28-year-old thanked Dhoni for keeping faith in his ability and said he relished his new ball duty which allowed him to set the tone for the match.

Chahar was also happy how he strangled Punjab's batting with three overs' worth of dot balls, including the wickets.

"Wickets in T20s are very rare, so my plan is to bowl dot balls in powerplays and create pressure," he said. 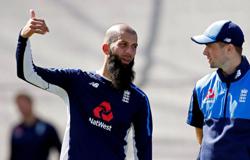