Man United have the edge 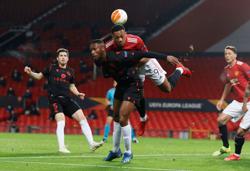 Another good showing will be expected from Maguire (left) and Shaw. — AP

THE second clash between the powerhouses of English football — Manchester United and Liverpool — in the space of a week will almost surely be a lot feistier than the coming together at Anfield last weekend.

Much of it will be because tomorrow is a fourth-round FA Cup tie. There will be a winner at the end of it all, be it after the regulation 90 minutes, extra-time or penalties. And if there is one team neither wants to lose against most of all, it is the opposition in this fixture.

Given the way things have unfolded recently, there should be no betting against Harry Maguire and Paul Pogba having the spotlight trained on them.

Bruno Fernandes, of course, has inspired the Old Trafford side since his arrival a year ago.

He has largely been credited with the turnaround in the fortunes of Man United, and quite rightly so.

But Maguire and Pogba have been the shining beacons in their side lately.

For his part, Maguire — whose contribution has long gone unrecognised —has led by example. He has a growing and commanding presence about him in the backline, something that the Red Devils have lacked sorely for a while now.

Perhaps, more importantly, Maguire has unified their defence, made it much sturdier

and a lot more difficult to break through. His preferred link-up with Victor Lindelof in central defence cannot be overestimated.

This in turn has rubbed off on Luke Shaw on the right and Aaron Wan-Bissaka on the left.

You can tell by the way they operate now when one chooses to venture upfield. In most cases now, there is still ample cover at the back, if not more than enough. This is the result of confidence growing among them.

But maybe no one in the team is playing with more confidence now than Pogba. It is easy to see that the Frenchman is enjoying himself again and playing with the sort of vigour and commitment that Man United shelled out £89.3mil for.

And for good measure, he is getting among the goals too. His winner against Burnley last week was of the highest order and his “screamer” (as skysports.com put it) that took them back to the top of the league standings in midweek against Fulham, was of equal quality.

Pogba did not get much of a look-in against Liverpool at Anfield. That was because Jurgen Klopp’s plot to neutralise Man United’s midfield worked out rather nicely, and effectively.

The German mastermind will be aiming for the same, but also asking more from his strikers.

The Reds’ injuries, particularly at the back, have been well chronicled. The long-term absence of Virgil van Dijk and Joe Gomez hurt the most. But having said that, Liverpool have done well enough without them, and in sharp contrast, it has been the front line that has been found wanting.The once-vaunted three-pronged attack of Sadio Mane, Roberto Firmino and Mohamed Salah has lost its sting. They are nowhere near as ruthless or productive as they have been over the past two/three seasons.

If truth be told, they have been slacking this term. Had it not been for the red-hot form of new signing Diogo Jota from Wolves in the off-season, the shortcomings of the “Fab Three” would have been exposed a lot earlier.

Given one chance, Jota seized it with both hands. His impact was instant and embraced by all throughout the club.

He scored six goals in his 10 appearances before injury sidelined him too last month.

Klopp said before their game against Burnley on Thursday that they were “still moving in the direction” despite going four games without a win, and failing to score in three of them.

He said their barren run was down to “small margins”.

Against Man United, who will start with an edge, Klopp will be hoping they can bridge those margins, while his counterpart Ole Gunnar Solskjaer will be keen for Maguire and Pogba, along with Fernandes, to come good and show just how cup games should be played. 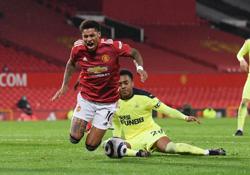 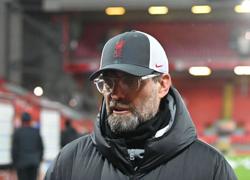