Kisaka (centre, in polo-t) presenting the AEON Credit Purple League Junior 2019 cup to Kuantan Synergy BC during the prixe giving and closing ceremony.

The race for the Aeon Credit Purple League Junior (ACPLJ) Division 1 title again went down to the wire as newcomers Kuantan Synergy Badminton Club (KSBC) staved off a late challenge by Kepong Badminton Club (KBC) to secure their maiden Premier Division title on the final day of the 2019 edition at the Sports Arena Sentosa in Kuala Lumpur.

Going into the final day’s play and boasting a 100% record with seven straight wins, KSBC coach Azman Amman and his charges were super confident of emulating the achievement of Bukit Cheras Badminton Club (BCBC) last season when they clinched their first Division 1 title only a year after gaining promotion from Division 2.

KSBC, last season’s second tier runners-up, led from wire to wire and were hot favourites to wrap up the Premier Division title, but as everyone knows nothing is guaranteed until the final point is played, if last year’s proceedings was anything to go by.

In 2018, Ampang Jaya Badminton Club (AJBC) were leading until the final day but then suffered the agony of being pipped to the title by BCBC’s audacious smash-and-grab play.

In the final round, runners-up KBC gave the eventual champions an almighty fright when they thrashed Petaling BC (PBC) 13-4 to briefly take command at the top of the table but an unfazed KSBC, to their credit, outplayed Bandar Maharani Badminton Club (BMBC) 12-8 to regain top spot. BMBC finished third overall.

With the win over BMBC, the boys from Kuantan thus claimed the PLJ title with an unprecedented 100% record, winning all of their eight ties.

In Division 2, Ayer Itam BC (AIBC) also maintained their unbeaten record for the entire campaign to be crowned champions and thus win promotion to the Premier Division.

AIBC ran away to an impressive 12-7 victory over Tebrau City BC (TCBC) to keep their perfect record in the eight-team division. They managed a 42-game difference over runners-up Klang Rising BC (KRBC). Serdang BC (SBC) finished third. 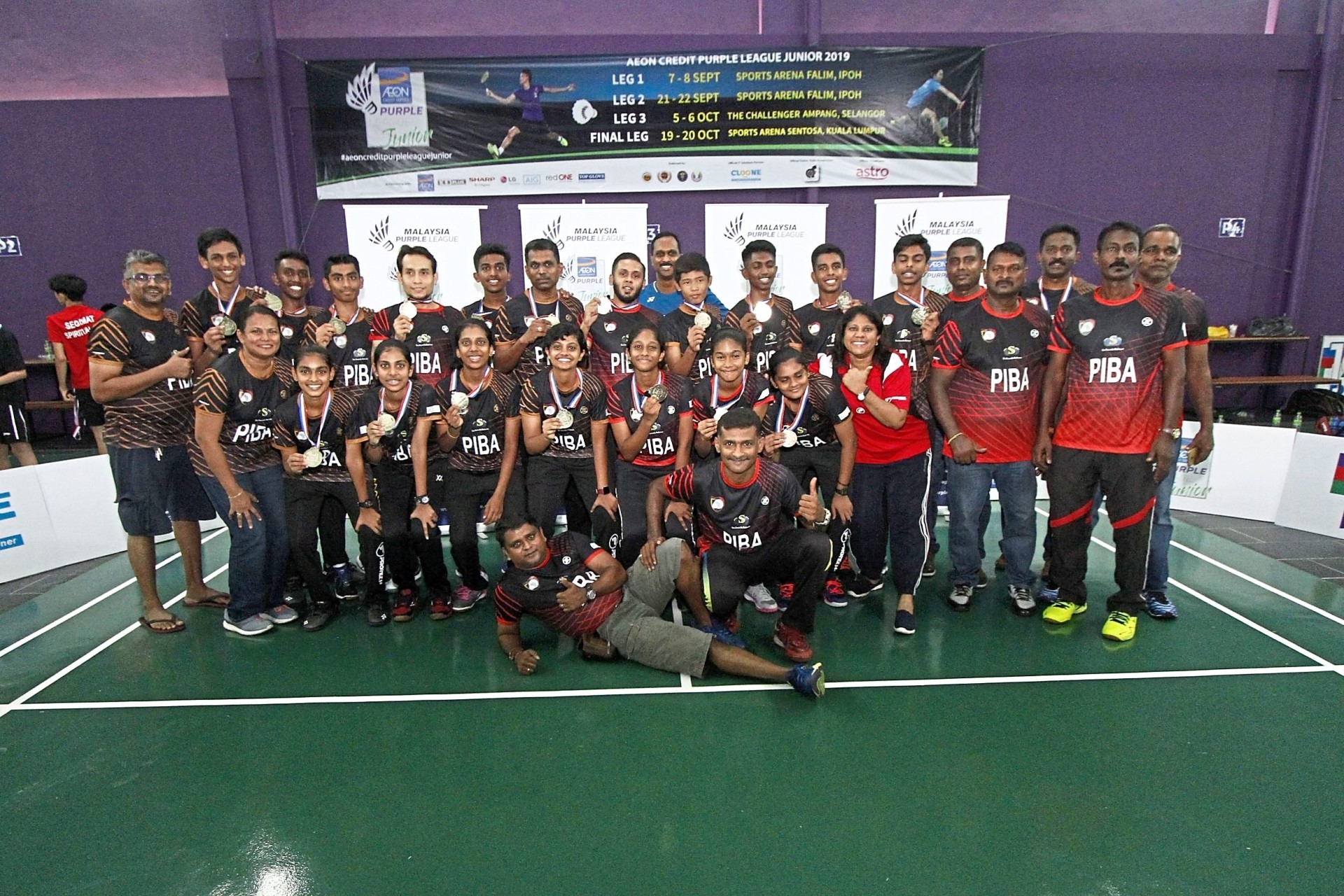 Coaches and players of Bagan BC celebrate their victory after becoming champion of Division 3.

Aeon Credit Service, who came on board as the main title sponsors this season, played a vital role in taking the league to another level.

Aeon Credit Service managing director Yuro Kisaka said during the prize-giving ceremony: “As a company who believes in supporting the growth of society, we are proud of the newfound talents who have been identified throughout this event.

“Our big hope is to see these young players gradually develop to become world-class players and make Malaysia proud.”

“Badminton is still a powerhouse sport in our country. A total of 79 entertaining matches involving 22 teams from Divisions 1 and 2 and the newly introduced third division were played throughout this season.

“We have definitely widened the pool of players as we recorded about 350 who have been registered, including 56 foreign entries for this season, ” he said.

The ACPLJ2019, which already saw Bagan BC crowned inaugural Division 3 victors in the first leg early last month, wrapped up the fifth season breaking numerous records in the process.

Division 3 was made up of wholly club-based players not affiliated with the Badminton Association of Malaysia (BAM) or Bukit Jalil Sports School (BJSS).

For Divisions 1 and 2 all the clubs were allowed to field players from BAM and BJSS.

In Division 2, almost 83% of the entries were players originally from clubs with a total of 101 club-based players, nine from BAM and the remaining 12 from BJSS.

In the top division, an impressive 80% of the players were also from clubs while the remaining 30 consisted of 17 from BAM and 13 from BJSS.

What is remarkable is that KSBC had won three of their early matches without their BAM or BJSS players as they were away playing in international satellite tournaments.

This proves that with the support and backing of relevant parties together with private and professional clubs developing talent, our country’s badminton future looks bright.