UTP Drillers with Assoc Prof Nor Hisham (centre). The squad won the first runner-up spot in the Under-20 category, in the UTP Super Rugby 10s.

THIS year’s Universiti Teknologi Petronas (UTP) Super Rugby 10s saw the host teams, UTP Drillers emerge as the first runner-up in the Under-20 and first runner-up in Men’s Open, while UTP’s women team, the G-Drillers, clinched the second runner-up spot in the tackle category.

The tournament witnessed the participation of 86 teams with more than 1,300 players involved, making it one of the biggest rugby tournaments in Malaysia.

The teams competed in the Under-14, Under-16, Under-20, Men’s Open, Women’s Tackle and Women’s Touch at the UTP campus in Seri Iskandar, Perak.

The annual competition was open to all secondary schools, private and public higher education institutions, as well as clubs throughout Malaysia such as SM Sains Selangor, SMK Jitra Kedah, Navy ORCA and KL Tigers.

The UTP Super Rugby 10s is aimed at discovering new talents at the school, higher education institution and club level, where players display skills to uphold the pride of their institutions.

The teams battled it out via a round-robin stage on the first day of the tournament before the qualifying teams went up against one another in the knockout stages on the second day.

The finals for the Shield, Bowl, Plate and Cup groups were played in the final day of the tournament.

In conjunction with the tournament, UTP Drillers also organised the Get Into Rugby programme aimed at nurturing the rugby culture and inspire more children to pick up rugby as a sport.

About 252 schools from all over Perak, with the age range of seven to 17 years took part in the programme.

This was the fifth series of UTP Super Rugby 10s. It proves the university’s commitment in producing well-rounded global graduates who are not only academically excellent but are creative and agile to face real-life challenges. 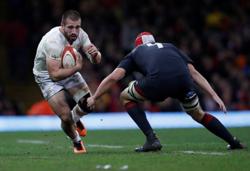