BALAMOORALI Thiagarajan has always dreamt of watching his favourite Juventus player Paulo Dybala in action. Now, he has every reason to smile after winning tickets to watch the International Champions Cup (ICC) in Singapore next month.

“He is my favourite Juve player although most fans fancy Cristiano Ronaldo.

“Dybala is a stylish player and I cannot wait to watch him live with my favourite team. Besides, he has my nickname ‘Bala’,” said the 39-year-old father of two.

Balamoorali and four others were winners of a ticket giveaway contest, where participants had to predict the correct score of the recent Champions League final between Liverpool and Tottenham Hotspur and complete a slogan to win a pair of tickets for the ICC.

The third edition of the ICC takes place on July 20 and 21 at the National Stadium in Singapore with a blockbuster selection of top European clubs. 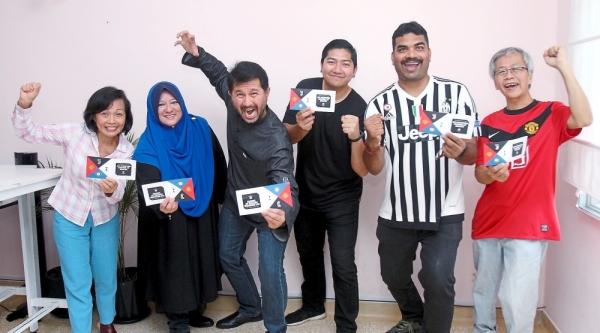 (From left) Lee, Roseliza, Wan Haslan, Mario, Balamoorali and Kok celebrating their win during the ticket presentation ceremony for the contest.

AIA is also the global principal partner of Tottenham.

“I have been supporting Juventus since I was in Form Four and even followed them when they were demoted to Serie B after the bribery scandal that hit Italian football in 2006.

“I am looking forward to the ICC tournament as I am a huge fan of Serie A and will also get to watch Inter Milan in Singapore,” said the Klang-born Balamoorali, who will be taking both his sons with him.

Manchester United fan Wan Haslan Wan Hassan, 51, is a lucky man as his wife Roseliza Hashim is one of the winners of the contest and he will be accompanying her.

“When the contest was introduced in May, I was like ‘Wow!’

“There will be big players like Harry Kane, Paul Pogba, David De Gea and Ronaldo potentially coming. What better way to watch four big clubs in two days just across the Causeway? Dybala kissing the Serie A trophy after Juventus were crowned champions last month. Fans will be able to catch the team live in action at the ICC Singapore next month. — Filepic

“So I entered the contest as I did not want to miss out on watching these fantastic teams. Luckily, my wife also took part and won,” said the father of four.

“I went to Lancaster University in the UK, and have been a fan of the Red Devils for the past 30 years.

“It is sad to see our rivals Liverpool and Manchester City dominating the English game but I am confident that we will bounce back under Ole Gunnar Solskjaer. He just needs the time and backing of the board,” said Wan Haslan, who is the chief financial officer of an aviation company.

Ling Shih Gang, 50, a die-hard Liverpool fan, will be watching the ICC matches with his teenage daughter Karyn Ling Defez.

“My husband is trying his best to make our daughter like the game so this is a good start, and he certainly hopes that she will become a football fan after the ICC in Singapore,” said Ling’s wife Helen Lee, who represented them at the ticket presentation photoshoot.

Meanwhile, Klang-born Mario Johannes Dayan, 29, is another eager winner who is looking forward to the ICC matches.

“The clubs involved in the ICC are big European teams and I am especially eager to watch my favourite team, Manchester United, play.

“I also hope to catch the teams in training and get a few autographs,” said Mario, whose all-time favourite Red Devil is David Beckham.

The oldest winner of the contest was 66-year-old Kok Chan Wah, who is yet another fanatical Manchester United fan. 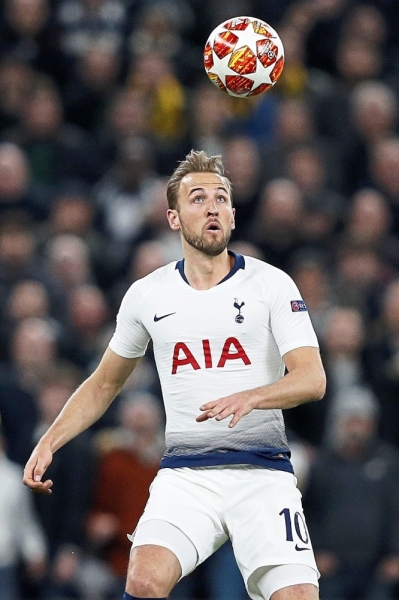 England striker Kane will most likely be leading the Tottenham team in Singapore. —Filepic

“I have been a huge fan of the Old Trafford outfit for over 30 years and am excited to be watching them in Singapore next month.

“The team is going through a transition, but I have full faith that Solskjaer will bring back the glory days.

“Give him time and he will make the team contenders again,” said Kok, who will catch the matches with his son.

This year’s tournament will cap the long-awaited return to the city state for both Premier League sides.

It will also be their first appearance at the new National Stadium after Tottenham graced the old Kallang venue in 1995, and Fabien Barthez’s cameo as an outfield

It will be their second appearance in more recent times for the Italian sides.

In 2014, Juventus played the first-ever football match at the newly-opened National Stadium against a Singapore Select team, while Inter triumphed over Bayern Munich and Chelsea to be crowned champions of the 2017 ICC Singapore.