UPM return with a vengeance

Double champions UPM celebrate with guests and committee members of the Selangor Hockey Association after clinching the double at the MBPJ Hockey Stadium in Petaling Jaya. — MUHAMAD SHAHRIL ROSLI/The Star

UPM, who emerged champions of Division One last month, secured their double victory with a win over HSF HC during the league’s Grand Final Knockout Competition at the MBPJ Hockey Stadium in Petaling Jaya.

Their campaign marked a successful return to form and to the largest state hockey league in the country, after a one-year absence due to a lack of funding.

UPM’s charges, led by coach Azlansaufi Saupian, breezed through the quarter-final and semi-final stages, featuring five teams from Division One and three teams from Division Two of the league, by beating Qiup Eagles and Uniten Ace 3-0 in both matches to book a spot in the final.

But UPM started off the final on a nervy note and were on the back foot for most of the first quarter before going ahead, thanks to Muhammad Sufi Ismat Md Rohulamin’s two field goals in the 23rd and 25th minutes.

HSF HC managed to pull a goal back courtesy of a Muhamad Aminudin Mohd Zain penalty corner in the third quarter but could not overcome UPM’s resolute defence to find the equaliser for the rest of the match.

HSF HC, who finished second in Division One of the league this season, had to contend with finishing behind the all-student UPM squad once again after their defeat in the knockout competition which marked the end of the 2018 Selangor Hockey League season. 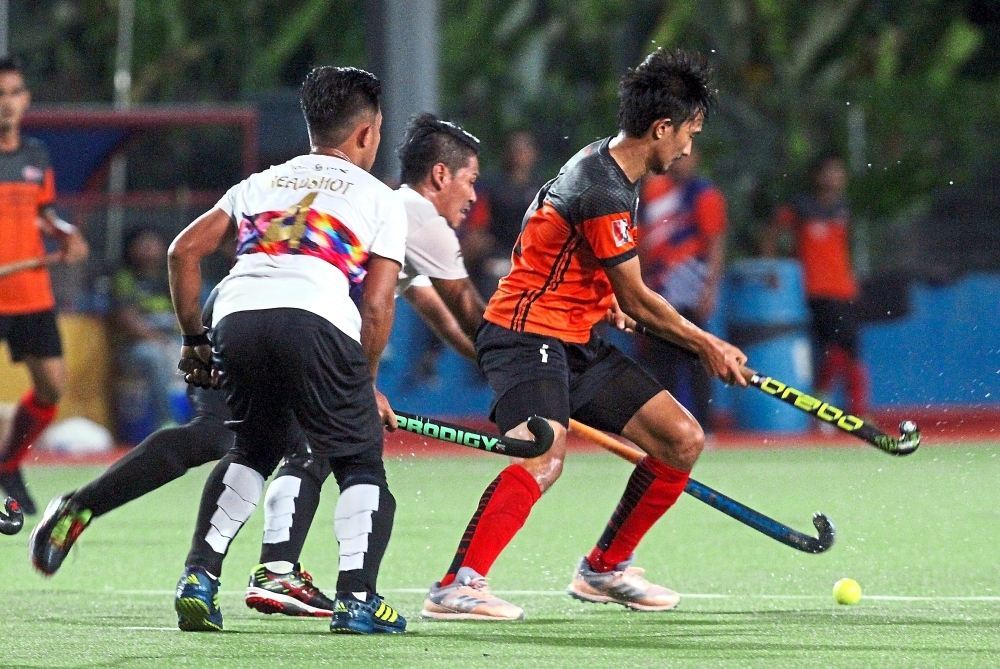 “We had no budget to take part in the league last year and the year before we finished third in Division One in 2016 and second in the knockout competition,” said Azlansaufi.

“Thanks to the support of our sponsor Usaha Jana Sdn Bhd, we were well prepared to go all out this season in the league. We did not expect to win the knockout competition this year but it is a real bonus.

“On paper, HSF were the better team with experienced senior players.

“I had to tell my players not to play to their tempo in the second half of the match because half of the players in our team are still juniors under development,” he added.

Meanwhile in Division Three, the newly formed Highlander Zenith proved a force to be reckoned with among the veterans after finishing top of the table undefeated and as they disposed off second-placed Sia Sathya 3-1 in the final.

The match was tied 1-1 at the break with S. Logaendran scoring for Sia Sathya first followed by an equaliser by former national World Cup player Mohd Rodzhanizam Mat Radzi.

Highlander Zenith team captain B. Gunabawan scored for his side in the 38th minute as they took the lead and Mahinder Singh made it 3-1 four minutes later.

According to Gunabawan, the win came as no surprise as his side comprised mainly of former state and national players. Despite the lack of training sessions, the individual skills and experience of the players enabled them to perform well.

“We wanted to be able to perform as a team and enjoy the games in the league and we did so.

“The final against Sia Sathya was a good fight because they were a strong team who have been playing actively together all these years, they had better teamwork than us because we did not have any training session together,” he said.

“Hopefully, we will see the veterans category grow next year with more teams. We’ll definitely be back to defend our title,” Gunabawan added.

A total of 45 teams in five divisions catering to boys, girls, seniors as well as veterans were part of the league run by the Selangor Hockey Association (SHA) in partnership with QNET since September.

N. Sri Shanmuganathan were present for the final match of the knockout competition and presented the special awards to individual players.

Krishna said the league was in line with the company’s vision of building communities and is a sport that is close to the group’s executive chairman Datuk Seri Vijaya Eswaran.

“From the Selangor Hockey League to Manchester City FC, which we are direct-selling partners for, sports is something which we have always supported. With emphasis on lifting the younger generation, this hockey league is a great platform for young hockey players to come out and be seen, felt and heard not just by the coaches, but also the community,” Krishna added.

SHA president S. Ganesh said the league has enjoyed its best year despite the lower number of teams competing compared to the previous year, which also included a District Training Programme (DTP) league for the Under-14 age group.

“We have had good feedback from the teams that they will return with stronger teams so we look forward to that.

“We wanted to have a division for women this year but there were not enough teams to make that happen. But, we will try to have next year.

“The quality of teams have made this the best year so far. It has been tiring for the whole team at SHA as usual, but we will continue to build the league and also continue to scout for players,” he added.