KL A youngsters win in style

The KL Boys A squad celebrating their win with coach Muhammad Faiz (back row, in black) after winning the inaugural C. Sivasubramaniam Cup in Klang. — IZZRAFIQ ALIAS/The Star

THE KL Boys “A” Under-12 hockey team were crowned champions of the 2018 C. Sivasubramaniam Cup, held at Real Sports Arena Klang.

The inaugural seven-a-side indoor tournament for boys under the age of 12 saw the Klang Valley team beat Pahang outfit Trigger HT 2-0 to clinch the title.

KL Boys A dominated the final as they showed their class and composure despite getting little rest after winning in the semi-final as they ran out comfortable winners.

KL Boys A’s Fahmi Shafiq Ammar was named Man of the Match in the final as he scored two brilliant goals against Trigger HT to guide his team to a memorable win. Twenty teams from all over the country took part in the indoor hockey tournament.

KL Boys A coach Muhammad Faiz Abdul Rahim was delighted as he said he never doubted his team’s talent and their desire for success.

“Both teams played very well in the final and it was a great spectacle. I would like to congratulate my players for their achievement and would also like to thank all the parents for their contribution and great understanding.

“My team displayed excellent teamwork and overall I am pleased with their performance in this tournament. 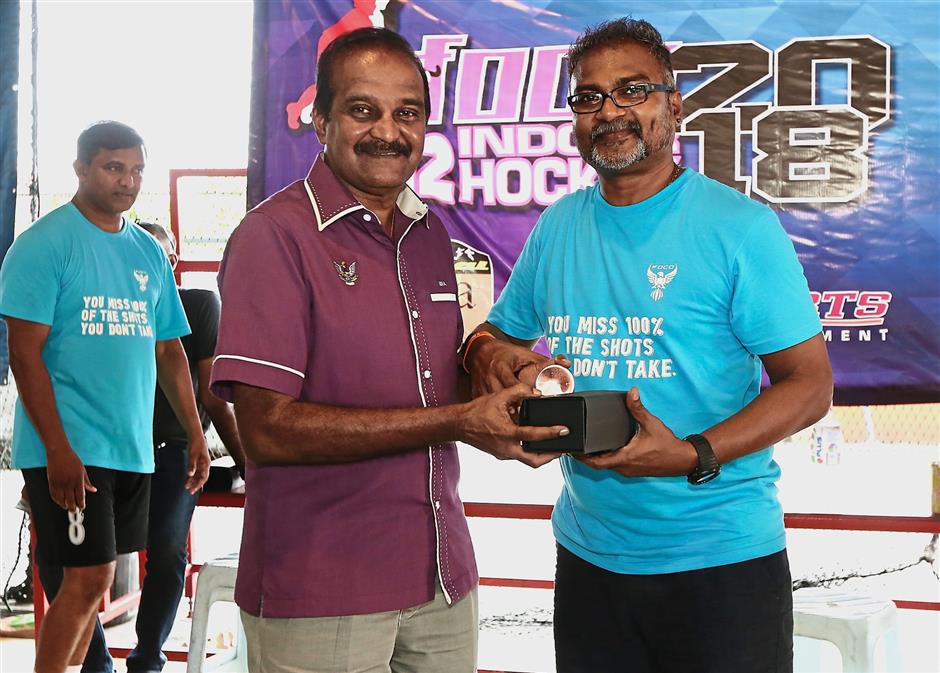 “We used this tournament as a platform to prepare for the upcoming National Schools Sports Council (MSSM) hockey tournament,” he added.

“My players woke up as early as 3.30am and left from Triang, Pahang at 5.30am to reach Klang on time, so the distance and travelling made them tired.

“Nevertheless, I am proud of the players because even though they were tired, they showed tremendous fighting spirit and we managed to reach the final against all odds,” he added. 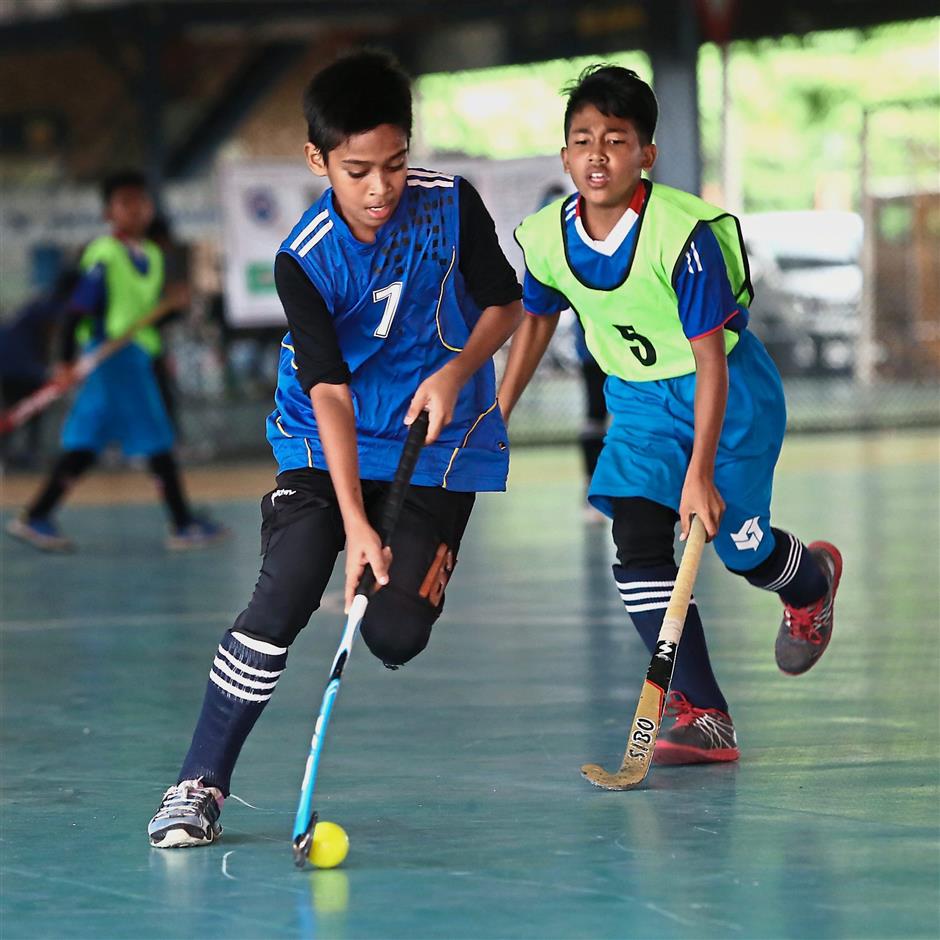 Fahmi Shafiq (left) showing off his skills in the final against Trigger HT.

Tournament organiser C.Pathmanathan said the tourney was organised to promote indoor hockey to the young and at the same time, to pay tribute to national hockey player C. Sivasubramaniam.

“Indoor hockey is going to be very popular in the near future, so we wanted to introduce to the youngsters the indoor hockey tournament format which is a bit different than field hockey.

“We also planned this tournament as a tribute to Selangor hockey team coach Sivasubramaniam who has contributed a lot to the game in the state,” he added.

“The tournament is a great platform for young children to learn and I believe this kind of tournament will help to generate interest in the game and create more national sports athletes,” said Sivasubramaniam.

Twenty teams participated in the tournament with each match played for 10 minutes.

The champions were given a challenge trophy and medals.

All participants who played in the quarter-final were given medals.

Man of The Match (final):