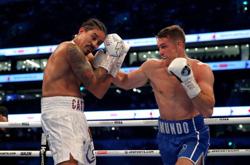 TOKYO (Reuters) -World middleweight boxing champion Lauren Price dominated in her opening bout at the Tokyo Olympics on Wednesday, saying she was "massively" inspired by Britain's performance in taekwondo, a sport in which she has also competed.

A favourite to take the Olympic gold, the Welsh southpaw outclassed Mongolian Myagmarjargal Munkhbat, effective with a flurry of shots and getting a solid left cross to her opponent's head in the first round.

Price looked energised and pleased after her win by unanimous vote, flashing a smile and sparring for the cameras as she left the arena.

"It's been annoying watching everyone box. I'm just glad to get out there," she said on the sport's fifth day at the Tokyo Games.

"Obviously gold is the main focus, but I'm not going to think too far ahead of myself and just enjoy it."

Also celebrating was Irish featherweight Kurt Walker, who pulled off the day's biggest upset by beating world champion Mirazizbek Mirzakhalilov of Uzbekistan 4-1 in the preliminaries.

"I really can't explain it, but I worked on it and I knew it was going to happen," the 26-year-old said. "I believed. I knew. I'm not surprised.

"It's a fairytale. But there is still more work for me to do."

Elsewhere, Filipina Nesthy Petecio was assured a medal in the featherweight division - a first for a female boxer from the Southeast Asian nation - after winning her quarter-final.

"I am so happy," said the 29-year-old reigning world featherweight champion, tipped as a strong contender for the gold medal.

"This is my first Olympics and I have won my first medal. This tournament is proving so special to me, I am just so blessed."

She will next face Italian Irma Testa, who will also collect her country's first medal in women's boxing.

"My semi-final opponent is the world champion, so I know she will be very tough," Testa said. "But when you reach this far in the competition then everyone is a candidate to win."

Also advancing to the semi-final stage were Japan's Sena Irie and Britain's Karriss Artingstall. Both won by a split 3-2 decision.

"I am just over the moon to have got myself on that podium," said Artingstall, while her opponent, Australia's Skye Nicolson, broke into tears over her narrow loss.

"This is a tough category," Artingstall said. "If you are not on your A game on the day then you are not getting the win, it's as simple as that." 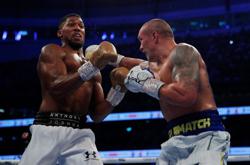 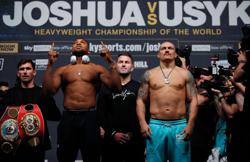