PETALING JAYA: A strike was needed to secure the women’s doubles bronze medal in the World Games.

Up stepped Sin Li Jane, and admittedly, she felt the nerves.

But the 30-year-old national bowler took a huge breath, calmed herself in the last frame and gave her all in the final throw in that frame.

She delivered with a brilliant strike to ensure that the team will return home with one medal from the World Games in Birmingham, Alabama.

The duo had to endure tough competition from Colombia’s Juliana Franco and Clara Guerrero to win the playoff in straight games. 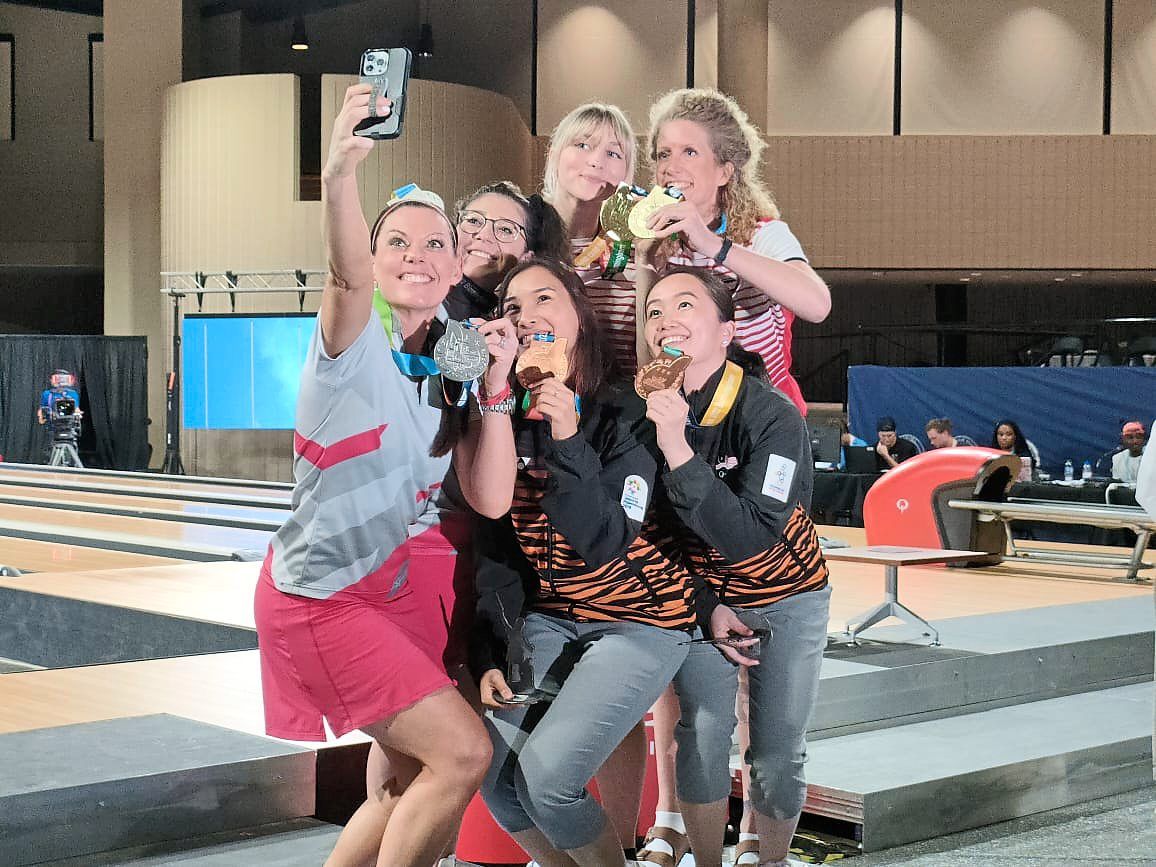 Smile: Malaysia’s Sin Li Jane (right) and Natasha Roslan pose for a welfie with the other medallists in the women’s doubles event at the World Games. — MTBC

The victory at the Birmingham Jefferson Convention Complex was sweeter for Li Jane, as she got her revenge on Guerrero after her defeat at the last 16 stage of the women’s singles event earlier.

Li Jane, recalling her feat in the last frame, said: “It was nerve-wracking. Imagine the responsibility falls on you and you’ve to deliver. But I calmed myself and my mates were there supporting me throughout the playoff,” she said.

“That gave me confidence. Seeing the strike, I was elated. We are going home with a medal and I believe this is our first medal in the World Games since 2009.

“I’m happy to be able to win the bronze medal. This is my first international tournament after so long. It feels good to be back.”

When asked about her experience in the World Games, Li Jane was happy to have experienced many firsts.

The national team’s next assignment will be the Thailand International Open at the Blu-O Rhythm and Bowl Ratchayothin in Bangkok, Thailand from Aug 27 to Sept 8.As for the major tournament, the next one is the International Bowling Federation (IBF) World Cup at the Washington Bowling Saloon in Victoria, Australia from Nov 3 to 16.