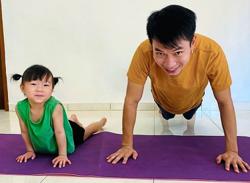 PETALING JAYA: With Shalin Zulkifli’s retirement, Siti Safiyah Abdul Rahman has been thrust forward as one of the anchors in the bowling team.

The Malaysian Tenpin Bowling Congress will be banking on the likes of Sin Li Jane, Esther Cheah, Siti and Natasha Roslan to form the core of the women’s team.

Siti, 30, who has been with the national team since 2007, said she is not going to be stressed over it.

“Taking the reins will be new to me but I will not think too much about it although I feel that my years of experience will hold me in good stead.

“Shalin has taught me so many things.

“I look up to her the most in the team. Thanks to her, I’ve learnt to be more aggressive and determined on the lanes.”

She has been performing consistently since her triumph in the Thailand Open in April 2019 and the National Championships in August.

However, thoughts of bringing that momentum to 2020 were dashed due to the Covid-19 pandemic.

“It was a year when everything changed. Unlike previous years, I would travel and compete freely but now, this is the most time I’ve spent at the alley practising.

“I was looking forward to bowling competitively, especially at the US PWBA (Professional Women’s Bowling Association) so it’s kind of sad to miss that.

“I’m sure there will not be many tournaments this year, so it would be great to win any of them.”

With the movement control order in place, she has been doing home training and assessing her performance during last year’s roll-offs.

“The roll-offs were so-so. It could have been better as I was still trying to fix some things, especially the speed of my ball.

“I have took down some notes on things I need to improve on.

“Hopefully, when the lanes are open again, I will get the chance to implement them.” 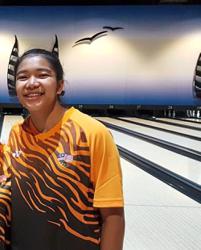