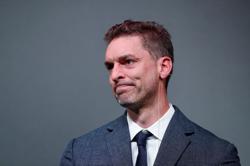 Follow me: V. Dhayalan (second from left) has played in the High School Basketball League (HBL) in Taiwan and three more youngsters (from left) Jeremiah Philip Nganzo, Aqil Daniyal Fareed and Adli Najdat Azwanddin are set to join him soon.

PETALING JAYA: V. Dhayalan blazed the trail by going to Taiwan to play in the High School Basketball League (HBL) and now three more promising teenagers are set to follow in his footsteps.

GoStrong Basketball Academy (GSA), in partnership with BK Squad, a talent management agency who assists in developing foreign scholarship programmes in Taiwan, have secured scholarships in Taiwan for the trio.

The trio will not just study at reputable institutions of higher learning in Taiwan but will also play in Division 1 in the HBL and University Basketball Association (UBA).

HBL and UBA form the most competitive and widely recognised professional basketball leagues in Asia and are an important gateway to the international stage.

The 19-year-old Dhayalan, who was the first Malaysian to play in the HBL before venturing to Serbia to undergo professional training, described it as the biggest step he has taken in his life.

“It was a great experience for me and I’m sure it will be for them, going there after me,” said Dhayalan.

“It’s a chance to develop a different lifestyle. It will not be easy at first but it will be worth the hard work to achieve your dreams,” said Dhayalan, who is 2.04m tall.

It was not just about the longer hours in training but he had to learn a new language in order to converse with the locals too.

“I had to train eight hours a day and it was not a normal thing for me. I struggled for the first two months when I went there as the locals were used to playing at a faster pace from young.

“But eventually I was able to follow their rhythm,” he added.

Coach Mohd Izzat Nasruddin, who is also the founder of GoStrong Club and GoStrong Basketball Academy, said the main objective was to create opportunities for dedicated and committed young players to follow their passion while achieving academic excellence.

“The basketball culture in Malaysia is fast changing. These scholarships are targeted at bringing a more inclusive and diverse student demographic to top high schools and universities across the globe,” said Izzat.

“With a programme designed for players ranging from age five to 21 years old, we hope to encourage more young players to consider a professional path in basketball to grow the game in Malaysia.” 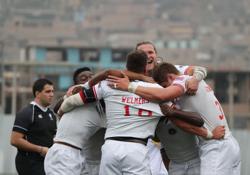 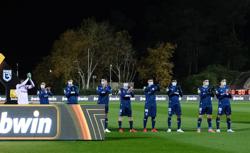