PETALING JAYA: Mixed doubles pairs Chen Tang Jie-Toh Ee Wei and Hoo Pang Ron-Teoh Mei Xing do not have to fear about switching partners again after having earned the vote of confidence from coach Nova Widianto.

The Badminton Association of Malaysia (BAM) pairs have played with urgency in their first four tournaments and have broken into the top 90 with some decent performances.

Tang Jie-Ee Wei, currently ranked No. 57, have marginally made a faster progress.

They won their first tournament together – the Bangladesh Open in December – and finished runners-up to Pang Ron-Mei Xing a week later, before checking into the Malaysian Open quarter-finals three week ago and made it to the Indian Open second round last week.

Pang Ron-Mei Xing, ranked 73rd, started their career as the semi-finalists in Bangladesh, won the Malay-sian International Challenge, lost to world No. 5 French pair Thomas Gicquel-Delphine Delrue in the Malaysian Open second round and fell in the opening round of the Indian Open to Tang Jie-Ee Wei.

Nova is glad to see both pairs performing well in the four tournaments.

“It has been about four weeks since I guided them and both pairs have the ability to go far. I want to give a longer run to help them achieve their true potential,” said Nova.

“The are hardworking and have shown willingness to learn and progress.

“They have had some good wins but they need to keep improving on their techniques and close the gap with the top 10.

“Their next tournament is the Iran International Challenge and after that, we can focus on the Super 300 tournaments and above as they have climbed up the world ranking faster.

“We will be trying to get them to compete in Europe and will enter them for a few tournaments.

“I don’t think they can make it to the All-England as only the top 32 will make it. We will let them compete in the other events.”

Nova also felt that Tang Jie-Ee Wei’s progress is slightly faster as both have been full-time mixed doubles players longer while Mei Xing has just started with the Bangladesh International.

“It was a smoother for Tang Jie-Ee Wei due to their experience.

“Their efforts have been recognised and were included in Asian Mixed Team Championships squad, which will boost their world ranking further,” added Nova.

“Mei Xing is new to the mixed doubles but she is adapting fast. I believe she will start showing results with Pang Ron in the coming tournaments.”

Tang Jie-Ee Wei and Pang Ron-Mei Xing are expected to meet each other in the Iran International Challenge final from Feb 7-11.

They will take the tougher route by playing in the Badminton World Federation’s (BWF) world tour after that to improve their world ranking at a faster rate and bridge the gap with the world’s elite pairs. 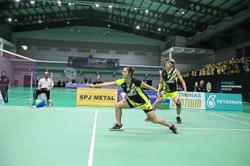 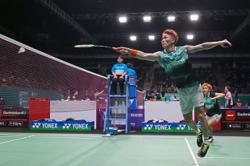