Independent shuttler Zii Jia had made the surprise decision to part ways with his coach, Indonesian Indra Wijaya yesterday.

Indra revealed that Zii Jia wanted to start a new journey without a coach.

“I had a meeting with Zii Jia and his team on Friday and we decided to part ways. Zii Jia wants to go on a new journey without a coach. I respect his decision and wish him all the best,” said Indra, who is back with his family in Jakarta now.

Ewe Hock feels that world No. 2 Zii Jia has to appoint a new coach soon if he is to continue progressing at the highest level.

“Every top player needs a coach to help them perform well. It seems that temporarily, Zii Jia wants to go on his own. But after that, it looks like he will try to get a new coach who can work well with him. He needs to do this as only a coach can identify a player’s weaknesses and rectify them. Its rare for a player to do well without a coach,” said Ewe Hock.

On his decision to part ways with Indra, Ewe Hock said: “Zii Jia is a professional player now. He can make his own decisions on who he wants to work with. Something must have gone wrong between him and Indra. Perhaps Zii Jia felt that Indra is not the most suitable coach for him anymore. I’m sure he wants to do well and he must have felt that he could do better without Indra.”

Zii Jia had suffered a blow when he missed out on the World Tour Finals in Bangkok from Dec 7-11 after crashing out in the second round of the Australian Open to China’s Lu Guangzu recently.

The defeat was his fifth in the preliminary rounds of tournaments this year after similar exits in the French Open, Japan Open, World Championships, and Malaysian Open. 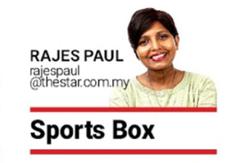