PETALING JAYA: Men’s doubles pair Goh Sze Fei-Nur Izzuddin Rumsani need to do well in the upcoming tournaments in Europe to stand a chance of qualifying for the season-ending World Tour Finals from Dec 14-18 in Guangzhou.

This was after the Badminton World Federation (BWF) had confirmed the cancellation of the China Open (Nov 29-Dec 4) and Fuzhou China Open (Nov 6-11) due to the Covid-19 pandemic.

Thus, Sze Fei-Izzuddin need to collect as many points as possible in the Europe legs in Denmark (Oct 18-23), France (Oct 25-30) and Germany (Nov 1-6) to stand a chance to feature in what will be their first World Tour Finals.

Only the top eight pairs in the World Tour rankings will make it and currently the duo, who are in sixth place are in a battle with fifth placed independent pair Ong Yew Sin-Teo Ee Yi to qualify.

This is as compatriots Aaron Chia-Soh Wooi Yik, who are in ninth spot have automatically made the cut by virtue of their world title win in August.

“We don’t need to panic as tournament cancellations are normal due to the pandemic,” said Rexy.

“We need to accept the situation and make the most of the tournaments still left. For me, Sze Fei-Izzuddin need to believe in themselves more and if they do, they stand a chance of qualifying for the Finals. Their ability has never been in question.

“In training, they are doing well. After winning the German Open in March, they lost a few times in the tournaments and Sze Fei’s confidence was affected a bit. He needs to regain this to do better after this,” said Rexy.

Despite wanting his charges to join Aaron-Wooi Yik in Guangzhou, Rexy does not want them to push too hard and end up injured.

“While making the cut for the Finals is important, we don’t want the players to go overboard and end up injured as our main priority is the 2024 Paris Olympic qualification which starts in May next year,” he added. 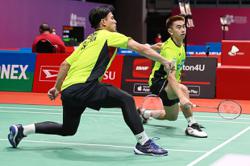 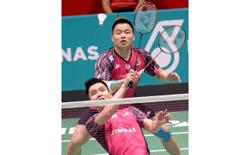