Back after long hiatus, Owen out to hit it right with Wong 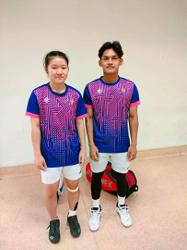 INDEPENDENT shuttler Owen Ting Shih Wee is back in action after four years but it did not stop him from reaching the mixed doubles semi-finals with Wong Ling Ching in the Malaysia Games (Sukma).

The other semi-finals will be between Mohd Haikal Nazri-Chan Wen Tse of Kelantan and Tan Kok Xian-Yap Ling of Melaka.

Badminton had taken a backseat for Shih Wee since he had been focusing on his job in the strategy corporate department of Star Energy for the past four years.

But his desire to represent Sarawak was rekindled when the state approached him with the offer.

“Actually, badminton is my hobby. I’m currently working but I still maintained consistent training, which made my life productive,” said the 23-year-old Shih Wee.

“I did not compete in any tournaments since the 2018 Perak Sukma but when the state offered me to join Sukma, I agreed.”

Despite only two months of training, Shih Wee has defied the odds with Ling Ching and hoping to land a medal.

“This is my last Sukma and I hope to contribute a medal of any colour for my state since it has been almost 13 years since Sarawak last won a medal,” he said.

It’s be tough against Kai Wun-Ee Wei but even a bronze will be good enough for Shih Wee.

“It’s tough against the top seeds but we are in the semis, I will just go all out for it,” he added. 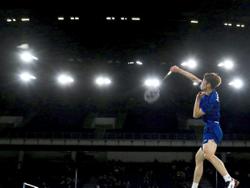