Bring home the gold: Tan Kian Meng (back) and Lai Pei Jing are the mixed doubles top seeds heading to the Games in Birmingham.

And the responsibility will fall on the shoulders of none other than Eei Hui’s charges Tan Kian Meng-Lai Pei Jing when the Games are staged in Birmingham from July 28 to Aug 8.

It has been 12 years since Malaysia last won the mixed doubles gold and it is no coincidence that Eei Hui was part of that success as she combined with Koo Kien Keat to triumph at the 2010 edition in New Delhi.

Kian Meng-Pei Jing, the world No. 9, will be the top seeds and face challenges from Singapore’s Terry Hee-Jessica Tan (No. 36), Marcus Ellis-Lauren Smith of England (No. 11) and Scotland’s Adam Hall-Julie Macpherson (No. 43).

“It has been 12 years since our last gold and it was my last major success as a player (with Kien Keat). We must try and win it this time,” said Eei Hui.

“I did try as a coach (with the national team) but we could not win it in 2014 and 2018. The competition has always been tough in the mixed doubles. Singapore, England and Scottish pairs look strong while India could also surprise. This is Kian Meng-Pei Jing’s first appearance in a major Games and they must utilise this opportunity well.”

English pair Chris Adcock-Gabrielle Adcock won in Glasgow 2014 and Gold Coast 2018 while Malaysia’s only success was a bronze through Chan Peng Soon-Goh Liu Ying in 2018.

Peng Soon will make another attempt with new partner Cheah Yee See but Kian Meng-Pei Jing appear to be the stronger bets for gold in Birmingham.

Pei Jing tested positive for Covid-19 during the Malaysian Open and it disrupted the pair’s preparation.

“Pei Jing has recovered in a week and has started training. They have been training hard and I hope they can deliver for Malaysia.

“It will be a major break for them and they will be more confident by winning in Birmingham.” 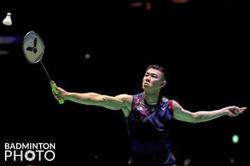 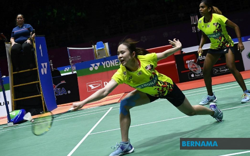