Marin hopes for pain-free knees in road to Tokyo 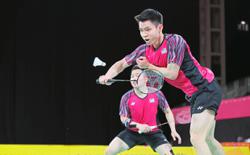 PETALING JAYA: Carolina Marin has often reserved her best for major events particularly the World Championships and fans are eagerly waiting to see if she can cast her magic spell again in this year’s edition in Tokyo.

The 2016 Rio Olympics gold medallist and a record six-time European champ is the only women’s singles player to have won a hattrick of titles (2014, 2015 and 2018) at the worlds.However, the dreaded ACL (anterior cruciate ligament) and meniscus injuries to her left knee put paid to her supremacy since 2020.

It also forced her to miss last year’s Tokyo Olympics.

The Spaniard made an emotional return to the tournament that catapulted her as a superstar in her hometown, Huelva, last December but had to concede a walkover to China’s Han Yue as the knee injury flared up again.

The world No. 5, however, had a winning start this year when she won her sixth European crown in Madrid in April and played in the Uber Cup Finals in Bangkok last month. She also competed in the recent Indonesian Open where she reached the last 16. While she is looking forward to playing in her favourite event again in Tokyo, the 29-year-old shuttler is not expecting miracles but only the chance to have a good tournament without being bothered by her knee.

“I can get to my 100% in the World Championships and this is one of the good points that I would like to take,” said Marin after beating France’s Qi Xuefei 21-7, 21-16 yesterday to set up a meeting with Line Kjaersfeldt of Denmark.

“I still have plenty of time to prepare for the world meet and want to focus in this tournament (Malaysian Open) first.

“It is tough when you have two serious injuries on your knee and am not at my best. I need to try and keep improving on my movements, strokes and confidence. “My knee is feeling stronger in every tournament but I don’t want to rush into things.”

She hopes to be injury-free in the Malaysian Open and the Malaysian Masters next week rather than pushing too early for a world tour title.

Her break may come at Tokyo’s World Championships, the tournament which used to be her favourite hunting ground. 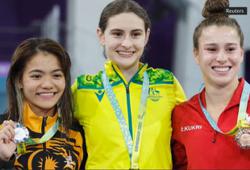 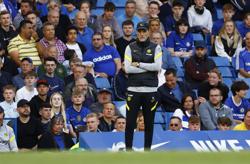