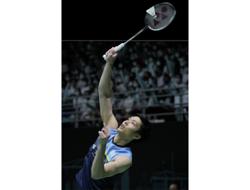 PLAYING in the mixed doubles with Goh Liu Ying has been a blessing in disguise for Soong Joo Ven.

Joo Ven-Liu Ying reached the last 16 of the Indonesian Open last week and will start their Malaysian Open campaign against Jones Ralfy Jansen-Linda Efler of Germany today. Due to his low ranking, Joo Ven is unable to play in the men’s singles event of top-tier tournaments.

“So for now, it’s good to play in the mixed doubles as I get to play in big events. Singles is still the priority but I need to double my effort to break into the top 30,” said Joo Ven.

“If I’m at least in the top 32, I can play in tournaments like the Malaysian and Indonesian Opens. For now, I have to play in the qualifiers of even the Masters tournaments.

“I have to play two matches in the qualifiers and sometimes, the break is just two hours in between. Then, I will be drawn to play one of the seeds.

“Despite that, I managed to reach the semi-finals of the Korean Masters (in April) but it became taxing physically.’’

Joo Ven will have to play in the men’s singles qualifying rounds of the Malaysian Masters at the Axiata Arena next week where he faces Thailand Open runner-up Li Shifeng of China in the first round of the qualifiers.

If he clears the qualifiers, local favourite Lee Zii Jia awaits him in the first round of the main draw.

Joo Ven also missed the chance of improving his world ranking further when he lost in the qualifying rounds of the Thailand Open and was shown the exit in the first round by Chou Tien-chen of Taiwan in the main draw of the Indonesian Masters two weeks ago.

“I was carrying a slight injury in those tournaments but I’ve recovered now. This is the situation for me whenever I play in the bigger events and I need to improve my world ranking quickly,” added Joo Ven. 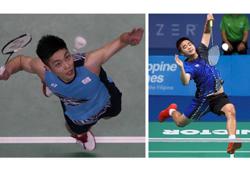