NATIONAL men’s doubles pair Man Wei Chong-Tee Kai Wun are fired up to make up for the team disappointment in the individual event beginning today.

Kai Wun, who has recovered from an ankle injury, teamed up with Wei Chong but they lost 20-22, 20-22 to Chaloempon Charoenkitamorn-Nanthakarn Yordphaisong.

But the 22-year-old has a reason to smile after receiving a favourable draw in the individual event.

“I felt pain in my ankle in the team match against Vietnam. I was already carrying the injury before the SEA Games,” said Kai Wun.

“So, I was afraid that I could not give 100% on court in the semi-finals against Singapore and didn’t play. But I am feeling better and will play in the individual event.”

His quick recovery is a big boost to the team as he and Wei Chong are one of the main hopes to win gold, last won by Aaron Chia-Soh Wooi Yik at the 2019 edition in Manila.

Another pair, Mohd Haikal Nazri-Wan Arif Wan Junaidi though can count themselves unlucky after being drawn with Asian champions and top seeds Pramudya Kusumawardana-Yeremia Rambitan in the first round.

In the men’s singles, Jacky Kok faces an early elimination after being drawn with reigning world champion Loh Kean Yew of Singapore in the first round.

They had crossed swords in the semi-final team tie where the Malaysian was no match for Kean Yew.It is hardly easier for Jacky’s compatriot, Lee Shun Yang who will probably meet Thailand’s formidable young star Kunlavut Vitidsarn in the quarter-finals.

The prospects look brighter in the women’s doubles where both Go Pei Kee-Yap Ling and Cheah Yee See-Cheng Su Hui have a good opportunity to reach the semi-finals and thus secure bronze medals for the country.

But Su Hui is refusing to think too far ahead.

“I will not think about the medal for now but I want to focus on clearing the earlier rounds,” she said firmly. 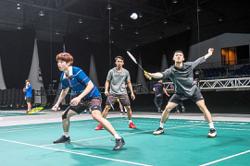 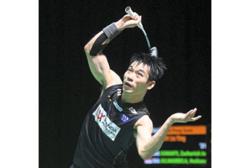