Differing views: Lee Chong Wei (left) said Lee Zii Jia should have stayed with BAM while Tan Boon Heong believes he has to prove his worth to sponsors.

KUALA LUMPUR: National badminton legend Lee Chong Wei did not openly say it but he must be disappointed with Lee Zii Jia’s decision to proceed with his plans to turn professional.

The 39-year-old Chong Wei was hoping for Zii Jia to remain with the national team after having previously said that the Badminton Association of Malaysia (BAM) will always be the most ideal place for Malaysian players to take their careers to greater heights.

Despite imposing a two-year suspension on Zii Jia last Friday for quitting the national team, the BAM made an about-turn and will allow the All-England champion to compete as an independent shuttler.

“It’s good to know that BAM and Zii Jia have reached an amicable solution. In my opinion, there’s no winner or loser in this matter and now that it has been resolved, everyone should move on,” said Chong Wei, who has been loyal to the national team throughout his 19-year trophy-laden career.

“But I’d like to reiterate that BAM will always the best place. I wish Zii Jia all the best.”

Another former international Tan Boon Heong does not believe that Zii Jia’s pressure will be any lesser as an independent player.

Zii Jia had said that one of the reasons why he wanted to walk out of the national team was because he was finding it hard to cope with the high expectations.

“The road will only get tougher for Zii Jia,” said Boon Heong, who once formed the world No. 1 men’s doubles pair with Koo Kien Keat.

“He’s set to face even bigger pressure because he needs to start delivering titles to please his sponsors.

“Sponsors are forking out big money to fund him and they will want to see top results.

“In the event that he flops, the sponsors can always pull the plug.

“But the decision has been made, there’s no right or wrong. I wish him best of luck.” 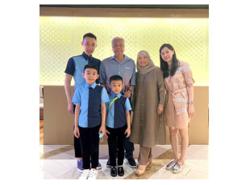