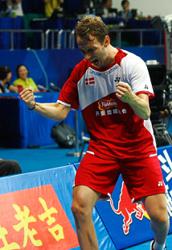 PETALING JAYA: Lee Zii Jia can play as a professional player sooner than expected for Malaysia even if Badminton Association of Malaysia (BAM) decide to ban him for two years.

There is a rule in the Badminton World Federation (BWF) that allows him to do so but he has to move to another country first.

World No. 7 Zii Jia, who has resigned from the national team and waiting for a verdict on his eligibility to play (at 4pm Friday), can move his training base to Dubai, and if he stays there for a duration of time, his name can be entered by the United Arab Emirates Badminton Federation for international tournaments.

He does not have to change his citizenship. He can still choose to play under the Malaysian flag.

Under the BWF jurisdiction rule, it was earlier stated that a player needed to stay only for three months abroad to get an approval from the member association of that country to play.

Under a new rule however, the period has been extended from three to 12 months.

A close contact from the BWF said for badminton to move forward, they need to encourage the participation of professional players.

"For badminton to grow, BWF have to be open. Some players are suppressed under the national rules while some players do not have the best of facilities to train at their places," he said.

"Some nation do not have a training base that can take a player to another level.

"By moving to another base, they get to continue their growth as a badminton player. And fortunately, the world body do have a rule that allows this to happen. These players do not have to change their citizenship and they can choose to play under their own national flag."

In section 5 on Jurisdiction, Player entry registration and Penalty under the BWF's General Competition Regulations, it is stated that: "A player comes under the jurisdiction of all members to which the player is directly or indirectly affiliated."

It went on to say in Clause 5.2.2: "A player comes under continued jurisdiction of a member for a period of 12 months after ceasing to reside in the country of that member."

A good point of reference is a recent case involving women's singles shuttler Jordan Hart of Wales, although in her case, she chose to change her flag to Poland.

Hart followed her coach to Poland as they had better training facilities and the transfer process was allowed by BWF - and it all happened just within three months and it did not affect her world ranking.

She took part in the Poland Open last year under Wales but in May at the Spain Masters, she played under Poland's flag. 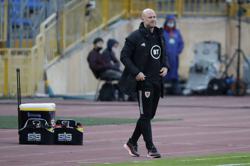