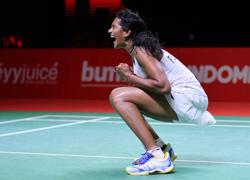 PETALING JAYA: Former international Wong Tat Meng may not have enjoyed a stellar playing career, but he could be on his way to becoming one of the greatest Malaysian coaches of all time.

The 54-year-old will get a shot at attaining that status if he is able to guide South Korean teenage sensation An Se-young to glory at the World Championships in Huelva, Spain, next week.

Se-young, 19, has emerged as one of the frontrunners for the prestigious title after displaying a scintillating run of form which saw her clinch back-to-back World Tour titles in Bali last week.

She also reached a career-best world No. 4 in the latest ranking released yesterday.

Tat Meng, currently in his third year with the Badminton Korea Association, said it would be a dream come true if he can produce a world champion.

“Ever since I started coaching in 2002, it’s a dream of mine to produce an Olympic or world champion,” said Tat Meng, who is also overseeing the men’s singles department.

“In previous major tournaments, the women’s singles has always been anybody’s game.

“Se-young is in great shape and has got a great chance in Huelva – she’s definitely one of the main contenders.

“By winning the Indonesian Open and Tour Finals last week, she is the first Korean women’s singles player to win a Super 1000 (top-tier, equivalent to now-defunct Superseries Premier).

Se-young will be determined to make amends at the world meet after coming up short to win a medal on her Olympics debut in Tokyo in August.

She was eliminated in the quarter-finals by eventual champion Chen Yufei of China.

But Se-young has since improved especially her shots quality and attacking ability and it yielded results in Bali.

“Se-young is a consistent player. She’s very good defensively and has fantastic footwork.

“After the Olympics, we took her offensive game up a notch. Her skill sets have also improved and she’s now able to play a variation of shots.

“Despite the absence of several top players such as Tai Tzu-ying (Taiwan), Carolina Marin (Spain) and Chen Yufei, the three victories she earned was well deserved as her opponents were not short of credentials.

His other stint abroad was with Indonesia in 2012. 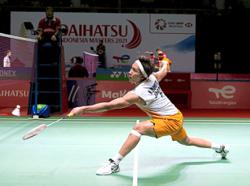