Their absence proved costly as the world No. 6 missed out on the top-eight cut for the US$1.5mil (RM6.36mil) World Tour Finals by a whisker.

Aaron-Wooi Yik did finish eighth on the Road to Bali standings following the completion of the Indonesian Open, the last leg of the regular season, however only the top seven earned their tickets.

This is because Taiwan’s Lee Yang-Wang Chi-lin earned an automatic qualification by virtue of being Olympics champions.

Aaron expressed his disappointment at being denied the opportunity to collect points in Germany adding that it could have made a difference to the outcome.

“We should have played in Germany and if we had taken part, we could have stood a better chance (of qualifying),” Aaron told Astro Arena on Saturday.

“BAM did not enter us, we don’t know the reason. We were told by coaching director (Choong Hann) that the BAM rules state that players are not permitted to play in four back-to-back meets.

“Hence, we knew from then on our bid to qualify was going to be tough.

“It was not necessary to win (become champions) in Germany but we could have collected enough points to boost our chances.”

Choong Hann retaliated by pointing out that the pair had ample opportunities throughout the season to qualify.

“Yes, BAM have a policy that limits all national shuttlers to a maximum of three back-to-back tournaments.

“In this case, we have made plans so that our players can get a good rest and recover well for the Indonesia leg after the French Open (which took place in the third week after the Thomas-Uber Cup Finals and Denmark Open).

“We have given them ample opportunities. In fact, we’re one of the teams that entered most tournaments after the Thomas-Uber Cup Finals.

“It’s not fair to blame the management. When they had the chance to go to the All-England (in March after the Swiss Open), they opted not to (due to Covid-19 concerns). They must own up.”

If there was one mistake which left Choong Hann rueing, it was his decision to grant an exception for singles ace Lee Zii Jia to compete in the Hylo Open.

“My biggest mistake was being soft-hearted and allowed him to play. I did not really encourage it but the boy was very determined that he can handle four straight tournaments,” said Choong Hann.

“He, however, justified it by reaching the final (before conceding the match to Singapore’s Loh Kean Yew due to a back injury) but we paid a heavy price. Indeed it has taken a toll on his body (resulting in his dismal outing in Indonesia).” 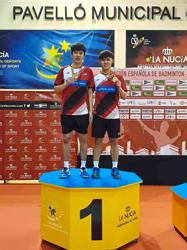 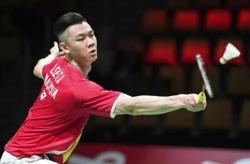