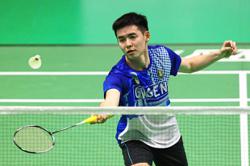 Over and out: Cheam June Wei is the second top player in the BAM to leave in the last three months. — AFP

Two weeks after June Wei was sent home as punishment for under-performing in Europe, the 24-year-old has quit – ending his six-year stint with the senior team.

He is the second top player in the BAM to leave in the last three months.

“I’ve received June Wei’s resignation letter. I will be extending his request to the management,” said Choong Hann.

June Wei had been frustrated after the coaches withdrew his name from three International Challenge tournaments in Europe – Ireland (Nov 17-20), Scotland (Nov 25-28) and Wales (Dec 1-4) – after he failed to meet the key performance index.

The target was to win a title but he lost 19-21, 21-15, 17-21 to world No. 97 Siril Verma of India in the quarter-finals of the Czech Open and limped out of the Belgium International with an ankle injury last month after trailing 23-25, 2-11 against Kim Bruun of Denmark in the first round.

The world No. 71 knows that without tournaments until end of this year, his ranking will continue to drop.

Choong Hann said he discussed about June Wei’s future with Hendrawan and the player a couple of days ago.

“June Wei has been in the borderline as far as his performance is concerned. Players who came after him have done better,” he said.

The 21-year-old Tze Yong, for instance, did better at the Thomas Cup Finals in Denmark and also in several lower-tier tournaments.

“Younger batches continue to do better than him. Many chances have been given to him since he has been with the BAM for many years.

“I guess he knew that his hopes to remain in the team was getting slim as there were no results.”

June Wei’s journey has been miserable since his commendable showing in the Thomas Cup qualifiers in Manila in 2020.

Then, he defeated Son Wan-ho of South Korea, Kenta Nishimoto of Japan and Indonesia’s Jonatan Christie to help Malaysia finish runners-up and qualify for the Finals.

Besides the lack of results in the minimal tournaments he participated, he was also tested positive for Covid-19. 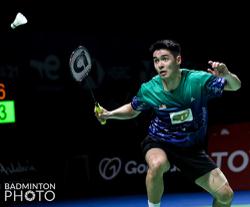