Doubles specialist Marcus Ellis believes they have the depth in the doubles to get the better of Malaysia in the Sudirman Cup Group D opener at the Energia Areena in Vantaa, Finland, today.

The others in the group are Japan and Egypt.

Only the top two finishers advance to the quarter-finals and the 32-year-old, who won a bronze at the Rio Olympics with Chris Langridge, believes England stand a better chance of taking down Malaysia provided they strike it right in all the doubles events.

“When we’re playing Japan, and particularly Malaysia, we’ve got chances to put them under pressure, particularly in all of the doubles events,” said Ellis in the Badminton England official website.

“It only takes one unexpected win to turn the tide. Don’t underestimate the power of the pressure that can be put on people, especially when there’s a lot of expectation on those teams.”

Ellis and his girlfriend Smith form the world No. 7 mixed doubles partnership, while Smith-Birch (No. 14) and Vendy-Lane (No. 19) are also in the world’s top 20 in women’s and men’s doubles respectively.

It will be a baptism of fire for their 17-year-old Estelle van Leeuwen and recently-crowned national champion Jonnie Torjussen in the women’s and men’s singles events but Ellis has urged them to play with no fear.

“It’s important that young players get the chance to compete at the top level and the sooner they get that chance, the better,” said Ellis.

“They should not feel intimidated by anyone. In fact, they should learn from every game.”

England’s best ever Sudirman Cup feat was reaching the semi-finals of the 2007 edition in Glasgow, Scotland, for their only podium finish.

Then, England had stunned a Lee Chong Wei-led Malaysia team 3-2 in the group stage, thanks to Anthony Clark-Robert Blair’s win over Koo Kien Keat-Tan Boon Heong in the men’s doubles, which made all the difference. 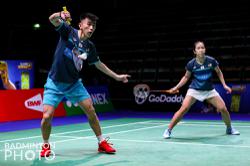 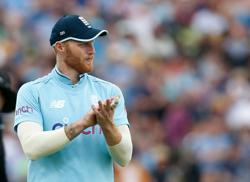