Chen-Hoo eager to show what they’ve got 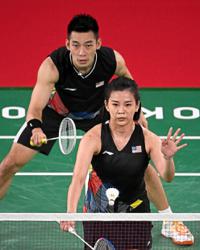 Tang Jie: ‘Coach (Paulus Firman) will recommend our names but the final say is with the management.’

PETALING JAYA: Mixed doubles shuttlers Chen Tang Jie and Hoo Pang Ron are still waiting for their big break despite having joined the national team in 2017.

The 23-year-olds are hoping that it will end soon with a call-up for the Sudirman Cup in Vaanta, Finland from Sept 26-Oct 3.

World No. 27 Pang Ron-Cheah Yee See and No. 49 Tang Jie-Peck Yen Wei are seen as the frontrunners to fill up the two spots should the Badminton Association of Malaysia decide to name the 20-member squad from within the set-up.

The other pair are world No. 142 Choong Hon Jian-Toh Ee Wei.

Tang Jie is hoping to make his debut in the Sudirman Cup after missing out on the edition in Nanning, China two years ago when only seniors Goh Soon Huat-Shevon Lai Jemie and Tan Kian Meng-Lai Pei Jing were selected.

“My name was in the list but I did not travel to China. I was cool about it but this time I feel there is a better chance for me,” said Tang Jie.

“Coach (Paulus Firman) will recommend our names but the final say is with the management. For now, we are giving our best in training to impress the selectors.”

“Yee See and I played in the Asia Mixed Team Champion-ships (in Hong Kong) two years ago, but obviously you can’t compare that with the Sudirman Cup,” said Pang Ron.

“We need the exposure to take our game to the next level. We’ve not played in many tournaments due to pandemic and are eager to show what we’ve got.” 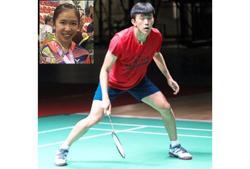 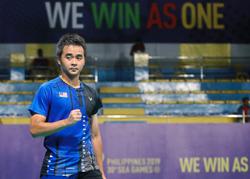