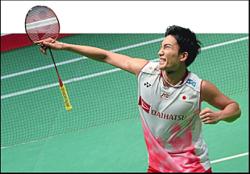 Wanted man: Lee Zii Jia hopes to dislodge Augus Ng (above) as the eighth seed for the Tokyo Olympics.

The Badminton Association of Malaysia (BAM) have made a U-turn on the world No. 8’s participation by entering him for the May 11-16 meet so that he could get a better seeding at July’s Tokyo Olympics.

The decision came just days after they announced that Zii Jia would be rested from the third-tier World Tour event to keep him fresh for the Malaysian Open taking place a week later (May 25-30).

The meet in New Delhi is an Olympic qualifier and it will help boost his position in the Race to Tokyo standings where he currently is ninth.

Due to the disruptions caused by Covid-19, the Olympics seedings will be determined by the Race to Tokyo rankings (on June 15) as opposed to the world rankings previously.

And BAM are hopeful that Zii Jia will make it to the top eight.

With three Olympic qualifiers remaining including the Malaysian and Singapore Opens (June 1-6), it is still possible for Zii Jia to unseat eighth-placed Angus Ng Ka Long of Hong Kong.

“But on second thought, he has the chance to go to the Olympics as the eighth seed. That’s what we want to fight for as it might mean something.”

Zii Jia closed the gap on Ka Long following his semi-final outing in the Swiss Open, an Olympic qualifier.

Ka Long and the Hong Kong team skipped Europe due to Covid-19 concerns.