PETALING JAYA: High-flying doubles pair Pearly Tan-M. Thinaah have received a tremendous boost ahead of their All-England debut next week.

Thanks to their Swiss Open triumph last Sunday, Pearly-Thinaah managed to climb eight spots from No. 30 to No. 22 in the world rankings yesterday.

That’s some creditable effort from the duo who were placed No. 39 before the Badminton World Federation (BWF) relaunched the ranking list early last month.

The latest jump should give Pearly-Thinaah an added motivation to overcome their tough opening hurdle against world No. 8 and fourth seeds Rawinda Prajongjai-Jongkolphan Kititharakul at the All-England, which begins at the Arena Birmingham next Wednesday.

That’s because reaching the last 16 will hand them enough points to crack the top 20, overtaking No. 20 Della Haris-Rizki Pradipta of Indonesia and No. 21 Puttita Supajirakul-Sapsiree Taerattanachai of Thailand, who have skipped the All-England.

Despite being World Tour winners, Pearly said it doesn’t change the fact that Thinaah and her will start as underdogs against their Thai opponents. It’s also worth pointing out that Pearly-Thinaah shoulder some expectations from the fans in the absence of national No. 1 Chow Mei Kuan-Lee Meng Yean.

“I don’t feel the pressure at all. Instead, I feel very excited as this will be my first All-England appearance, ” said Pearly.

“So, I look forward to enjoying it, rather than worry too much about the result.

“The Swiss Open title and two good (quarter-final) outings in Thailand did give us a massive confidence boost, but I wouldn’t say that we’re confident enough to beat Rawinda-Jongkolphan. They are still the overwhelming favourites.

“The key is to focus on our own performance and enjoy ourselves as much as we can on the court. That’s when we will be able to play our best and execute everything we have learned in training.”

Mei Kuan-Meng Yean, who were eliminated in the semi-finals by Pearly-Thinaah in Basel last week, remained at world No. 10.

Men’s singles player Lee Zii Jia also has some of his pride restored after making a swift return to the top 10.

His Swiss Open semi-final outing helped him improve by one spot to No. 10.

In the mixed doubles, Goh Soon Huat-Shevon Lai’s joy of being in the top 10 lasted just a month.

They slipped to No. 11 after fast-rising French pair Thom Gicquel-Delphine Delrue leapt past them following their Swiss Open victory. 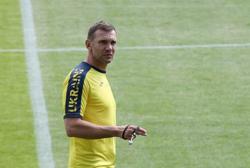