Low on a high 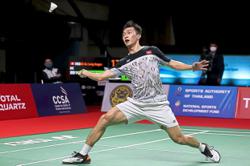 Deserving duo: Low Hang Yee (back) and Ng Eng Cheong have set a semi-final target in the Swiss Open.

PETALING JAYA: Doubles shuttler Low Hang Yee may have escaped the recent axe by the Badminton Association of Malaysia (BAM) but he is not out of the woods yet.

The 24-year-old needs no reminder that he is likely to face the chop too unless he starts producing good results to justify his spot in the national team.

To avoid joining others who were dropped, Hang Yee is determined to prove his worth during the Europe stint next week.

Hang Yee, who forms a world No. 85 partnership with Ng Eng Cheong, will compete in the Swiss Open from March 2-7. They will also make their debut in the All-England from March 17-21, thanks to a spate of withdrawals.

“We’re extra pumped up after learning that we have made the All-England main draw, ” said Hang Yee.

“Getting to play not just one, but two World Tour events give us the opportunities to improve on our ranking. We must do well.”

Hang Yee has set a semi-final target with his 21-year-old partner in the Swiss Open.

They face world No. 23 Lu Ching-yao-Yang Po-han of Taiwan in the first round and are in the same quarter with teammates Goh Sze Fei-Nur Izzuddin Rumsani, seasoned campaigners Kim Astrup-Anders Skaarup Rasmussen of Denmark and Chris Langridge-Marcus Ellis of England.

“The Swiss Open is our first tournament after a long time. We want to make it count by being ambitious, ” said Hang Yee.

“As the underdogs, we should head into every match believing that we have what it takes to upset our higher-ranked opponents.”

Being one of the older players in the team, Hang Yee admitted that time was not on his side.

“I know my place in the national team is not safe and I don’t know how much time I have left, ” said Hang Yee.

“Rather than thinking too much about it, I want to focus on producing results, as that will determine whether I deserve to stay or not.”

Since joining the national team in 2016, Hang Yee has shown slower progress compared to his peers such as Aaron Chia, Soh Wooi Yik, Izzuddin and Sze Fei.

Hang Yee, who did not come through the national junior development system like the other four, endured a rough start which saw his former partnerships with Shia Chun Kang and Tan Jinn Hwa fizzle out.

But he hopes his partnership with Eng Cheong since 2018 will work. 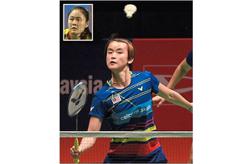