Did BAM Err in dropping Gan? Only time will tell 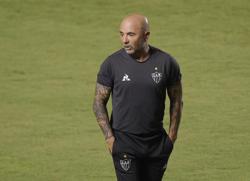 The 19-year-old will be out to live up to the top billing with partner Lim Tze Jian in the mixed doubles competition of the inaugural Top Glove-Purple League Pro-Am, which begins on Tuesday at the Kompleks Kejiranan Presint 11 Putrajaya.

Jing Err is seeking to revive her fortunes as an independent shuttler after she was surprisingly dropped by the Badminton Association of Malaysia (BAM) early this year. She missed out on a bronze medal by a whisker with mixed doubles partner Yap Roy King in the quarter-final defeat at last year’s World Junior Championships in Kazan, Russia.

The pair won the Malaysian Junior Open title, made the quarter-finals in the Asian Junior Championships in Suzhou, China, and reached the semi-finals of several other Open tournaments in Thailand, Indonesia and India.

“This will be my first competition since I left BAM, so I’m quite excited, ” said Jing Err, who’s a national Under-18 champion two years ago.

“Hopefully, I’ll get off to a good start this week.

“To be honest, I’m feeling the pressure after learning that Tze Jian and I have been seeded first. It was quite unexpected, actually. But I will give it my best shot, ” added the first year student of Infrastructure University Kuala Lumpur.

“I was invited by AJBC head coach (Ho) Khek Mong to partner Tze Jian for this tournament. It’s supposed to be a one-off partnership but who knows, it has the potential to progress further, ” explained Jing Err.

“We have trained together a few times. I think our combination can be quite effective because he’s a left hander.”

Jing Err will head into next week’s tournament armed with a solid five-month training stint with coach Chew Choon Eng.

“I’m supposed to train with the Higher Education Ministry team under coach Zakry (Latif, former international) but the programme has not started yet. So for the past four to five months, I went to join coach Choon Eng at training.

“I got the opportunity to spar with the seniors a lot, it helped my game to grow and I can’t wait to see the outcome of the effort I put in training.”

The mixed doubles competition of the RM100,000 meet is contested by 16 pairs in a knockout stage format. The winners are set to walk away with a RM15,000 top prize. 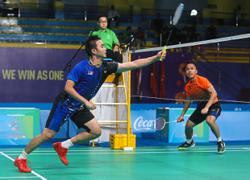