In with a chance: S. Kisona, who replaced 2017 SEA Games gold medallist Goh Jin Wei, went on to win the women’s singles title at the Philippines Games last year.

KUALA LUMPUR: National shuttler S. Kisona, who came in as a replacement and then shot to fame with an unexpected women’s singles gold medal at the last SEA Games, has been nominated for the Sportswriters Association of Malaysia (SAM)-100PLUS 2019 Athlete of the Year award.

The 21-year-old’s fighting spirit helped Malaysia successfully defend the gold medal won by Goh Jin Wei at the 2017 Games in Kuala Lumpur. Kisona had been a replacement for Jin Wei, who fell ill before the Games.

The announcement of the nominations was made by SAM president, Jasni Shafie, during a press conference at the Academy Badminton Malaysia (ABM) auditorium in Bukit Kiara today.

He also announced the nominees for the Para Athlete of the Year award – 2019 World Para Powerlifting Championship gold medallist Bonnie Bunyau Gustin, national para archers S. Suresh and Wiro Julin who have both qualified for the Tokyo Paralympic Games next year, and national para shot-putter Muhd Ziyad Zolkefli, who won a silver medal at the 2019 SEA Games.

Jasni said the winners in these key categories will receive a cash prize of RM10,000 and a trophy at the awards ceremony scheduled for Aug 12 at the ABM auditorium.

“Besides recognising outstanding athletes who brought glory to the country in 2019, the awards will also be celebrating sportswriters with a cash prize of more than RM50,000, ” he said.

The highest honour in the sportswriters category is the Siebel Award which comes with a RM7,000 cash prize and trophy. — Bernama 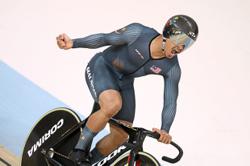