More meets: Lee Zii Jia is one of the players who will be entered in all four World Tour events.

KUALA LUMPUR: The Badminton Association of Malaysia (BAM) are taking no chances and will enter their Thomas and Uber Cup-bound players for all the World Tour events leading to the Finals in Aarhus, Denmark, from Oct 3-11.

BAM coaching director Wong Choong Hann said they had no option but to take a “enter first, decide later” approach due to uncertainties amid the Covid-19 pandemic.

The badminton season was initially supposed to restart with two lower-tier meets – the Hyderabad Open (Aug 11-16) and Lingshui China Masters (Aug 25-30) – but both were cancelled.

“It’s hard to foresee what’s going to happen, we have entered the names first. We must have back-up plans if any of these tournaments are cancelled in the eleventh hour, ” said Choong Hann.

“With the names submitted, we can decide later as the tournament draws closer.

“It doesn’t mean we are going to play in all of them anyway, we will be very selective.

“The purpose of us sending players to these tournaments is to get them in shape for the Thomas and Uber Cup.

“All our planning and efforts (in the next two months) will be chanelled towards the Finals, our prime target for this year.”

The other major concern for Choong Hann and his team of coaches in their tournament planning is the travel restriction.

Presently, borders of most countries remain shut. Even if they do reopen at some point, governments around the world would most probably impose a 14-day quarantine ruling for international travellers.

“That’s certainly something we have to take into account, ” admitted Choong Hann.

“But we just can’t be too concerned as well, because right now we can only plan according to the calendar.

“This is a global issue and it affects other teams too.

“Let’s hope BWF will help to make it easy for us to travel.

“I believe they are currently doing their best to facilitate the process for organisers and host countries.” 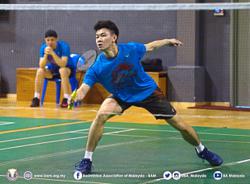 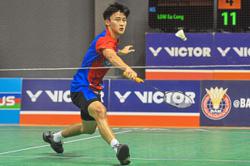