Over to you, Yuqi

A Chinese has won the Olympics men’s singles gold medal in every Olympics since Beijing 2008 and the newly-retired legend Lin Dan is hoping his younger compatriot can continue to carry the torch.

Chong Wei did turn the tables on Lin Dan in the semi-final at Rio de Janeiro four years ago but another Chinese shuttler, Chen Long, broke Malaysian hearts again by winning the final battle.

Now, China’s hopes lies on the younger generation with players like Shi Yuqi, to rise to the occasion.

China, in fact, holds the record of most Olympic men’s singles crowns won – four in total. And badminton has only been in the Olympics since Barcelona 1992, a total of seven Games.

Denmark won one gold through Poul-Erik Hoyer Larsen in Atlanta in 1996.

It is understandable for Lin Dan to feel it would be harder for his other compatriot, Chen Long, to stop the likes of Japan’s Kento Momota and Denmark’s Viktor Axelsen in Tokyo next year as age is not on his side.

Chen Long will be 32 next year when Tokyo hosts the Olympics after a one-year delay. Chen Long’s form has also taken a dip in the last two years

and he only bagged one title last year – the French Open, beating Indonesia’s Jonatan Christie in the final. Axelsen is 26.

Momota, 25, is the overwhelming favourite to win the men’s singles badminton title in front of his home crowd in Tokyo.

Shi Yuqi, on the other hand, is seen as the biggest Chinese hope in the men’s singles camp and the one-year Olympic postponement will benefit the 24-year-old as it gives him time to make a full recovery from an ankle injury.

The 2018 All-England champion and World Championships silver medallist sustained the injury in July last year and dropped to ninth in the world rankings.

“Lin Dan’s retirement has inspired me to continue the fight. He has done a lot for China badminton.

“I hope I can come out and make the country proud in my first Olympics, ” said the young Chinese star, who beat Momota to help China regain the Sudirman Cup title last year.

With Lin Dan out, China will bank on world No. 5 Chen Long and Shi Yuqi to try and upset the current world No 1 – and keep the Chinese streak going. 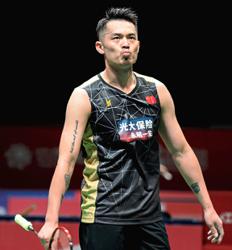 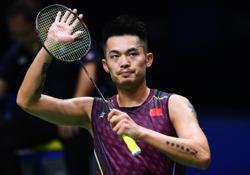