PETALING JAYA: The Badminton World Federation (BWF) have dropped the biggest hint yet that they will relax their “Top Player Commitment” regulations that requires star players to play a minimum of 12 priority tournaments in a season.

BWF secretary general Thomas Lund admitted that it was not feasible for players to commit to that many meets in a long-stretch of tournaments in the condensed, revamped calendar released by the world body last week.

A total of 22 World Tour tournaments have been packed into a five-month period from August to December, with nearly half of them top-tier tournaments in which the world’s top 15 singles and top 10 doubles shuttlers from last year are mandated to take part in They could be penalised if they skip the meets.

“There are ongoing considerations around the mandatory player regulations and we understand it is not fair to expect athletes to play every tournament, ” Lund told Indian daily Times of India.

“An announcement on this will be made once the regulations are agreed.”

Lund stressed that the BWF’s intention to fit as many tournaments into the last five months of the year was to provide all players, regardless of their level, with plenty of opportunities to compete and boost their income.

He added that the world body did not expect every player to turn up in all tournaments.

“It is not expected that each player will or should play in all tournaments, ” said Lund. “It is expected that players will be selective about which tournaments they play. Some will play in more tournaments because they may not reach the final rounds, others will select not to play week after week.”

“This is not that different to what players do anyway under normal circumstances, although they do have more choices in this condensed calendar.”

Although it was not an official announcement yet, Lund’s explaination will come as a relief for players like national No. 1 Lee Zii Jia.

Zii Jia had earlier voiced his concerns about the scary prospects of playing up to 11 tournaments in 16 weeks, including the Thomas Cup Finals in October.

Singles head coach Hendrawan, too, was not too keen on seeing players being “forced” to compete just for the sake of fulfilling their obligations as it poses injury risk. 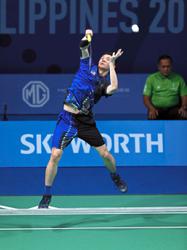 Players can breathe easy as two meets are axed