Kento can bounce back

PUTRAJAYA: World No. 1 Kento Momota (pic) has been through a traumatic event, and this may be the fuel to come back better than ever.

That’s the opinion of independent sports psychologist Muhammad Deen, who believes the Japanese men’s singles ace is an individual whose strength becomes apparent through adversity.

On Monday, the 25-year-old Momota was involved in a collision which killed his van driver N. Bavan while on his way to the Kuala Lumpur International Airport, only hours after he captured the Malaysian Masters title.

The two-time world champion suffered a right maxillary sinus and nasal bone fracture, cuts on his lips which required stitches and other facial injuries.

Three other passengers including coach Yu Hirayama, physiotherapist Morimoto Akifumi along with Hawkeye system operator William Thomas, too, were fortunate to escape with minor injuries.

Muhammad thinks Momota may develop a Post-Traumatic Stress Disorder (PTSD) following the incident but he will be able to overcome it thanks to the undivided support services he’s receiving from the team.

“Some individuals can be badly affected when such a traumatic event happens to them. This can lead to PTSD,” said the Englishman, who had served the National Sports Institute (NSI) from 2015 to 2018. 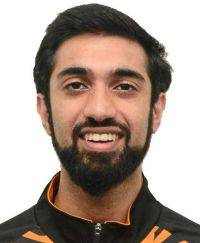 “Some may develop fear of travelling in cars, having flashbacks or having trouble with sleeping. It all depends on the individual.

“As for Momota, it was a good thing that Park Joo-bong (Japan head coach) and other team officials were there for him at the hospital. Their presence makes a whole world of difference.

“His other two compatriots were injured too. They will overcome this together,” he added.

Despite all that has happened, Muhammad pointed out that traumatic events do present an opportunity for post-traumatic growth.

“He will be grateful and cherish his life even more after surviving the accident unscathed,” he said.

“He could be even more fired up to win the Olympics now.

“Some of the world’s top athletes like tennis stars Serena Williams and Andy Murray have faced adversities and gone on to achieve so much.

“It’s not the first time Momota faced a major setback in his career.”

He was previously slapped with a one-year ban for gambling (which is a criminal offence in Japan) but bounced back strongly to become the world No. 1 and being crowned the world champion twice.

Since returning from his suspension in July 2017, Momota has claimed 184 wins in 200 matches and made 29 finals out of the 39 tournaments he entered.

Momota’s next goal is obvious – to win the Tokyo Olympics gold on home soil.

Momota, who’s receiving treatment at the Putrajaya Hospital, is expected to be discharged and return to Japan today.