He said this after the extraordinary general meeting at Academy Badminton Malaysia here on Saturday (Oct 20).

When asked if it Wong's key performance index (KPI) would be to deliver Malaysia's first badminton Olympic gold, he replied: "That is definitely one of his tasks."

"But to set that as his KPI, we will have to sit down with him first and consider the current situation and the capability and performance of the current players," Norza added. 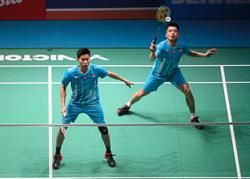