The 25-year-old Zulfadli, who had been silent on the matter since he was suspended on Jan 12 this year, expressed his shock over the world body’s decision.

Being first of such a case in badminton, the Badminton World Federation (BWF) Ethics Hearing Panel showed no mercy as Zulfadli was slapped with a 20-year-ban, followed by Chun Seang with 15 years.

A two-year investigation culminated yesterday with the BWF sourcing enough evidence between 2013 and 2016 to conclude that both Zulfadli and Chun Seang had engaged in “actual and attempted match- and point-fixing and did so for the purposes of betting, based on fixed matches”.

The panel stated that Zulfadli’s ban was longer because both players had “engaged in corruption offences over a significant period and a significant number of tournaments” dating back to 2013 but Zulfadli had “committed more violations over a longer time frame than Chun Seang” and had “been proven to have manipulated the results of four matches”.

BWF’s ground-breaking decision serves as a warning to all players that they do not compromise on the integrity of the sport.

The world body were able to take action against Zulfadli and Chun Seang, thanks to the bold moves of two whistleblowers, who reported the Malaysians.

Both Zulfadli and Chun Seang denied any involvement during the interviews with the world body representatives although BWF had evidence based on conversation via text messages between them. 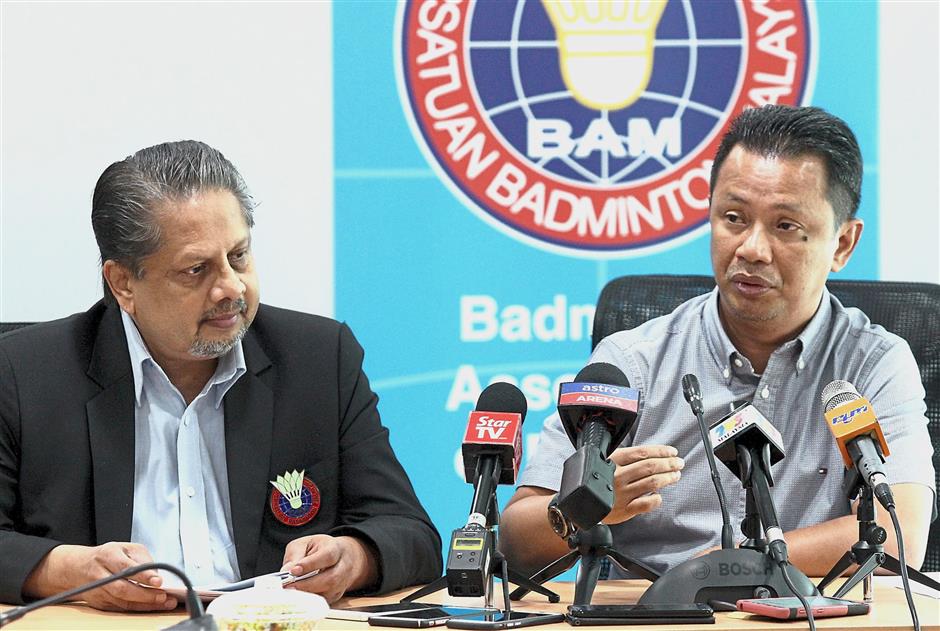 In their defence, when asked during the interviews on those conversations, Chun Seang stated they were “jokes” while Zulfadli said the content of his WhatsApp messages were matters other than match-fixing.

“I’m still recovering from shock due to the decision – I will certainly call for a press conference in a day or two,” said Zulfadli via a text message.

“It’s time that I tell my side of the story. Fortunately, BWF did not have the power to pronounce a death sentence – or else I am sure they would have preferred that option.

“It’s not about the punishment alone – the question is, did I carry out the alleged crime? Was I fairly tried? I’m of the opinion that in the absence of evidence, I was found guilty.

“It’s through this tribunal I learnt that human rights is not recognised,” added Zulfadli, who questioned the BWF whether he was – “#mangsa atau tertuduh?” (#victim or accused?)

Malaysia’s No. 1 shuttler Lee Chong Wei hoped the players would appeal to the world body to reduce the sentence.

Chong Wei, who has benefitted from Chun Seang as his sparring partner when the latter was in the BAM, said the livelihood of the players would be affected.

“I do feel sorry for the players but BWF have made a decision based on their findings. I hope they’ll appeal,” said Chong Wei.

“Chun Seang is a coach in Melbourne, so this ban will affect his work. Most of the badminton players do not have a good education and for Chun Seang, badminton is his only livelihood.”

Chong Wei admitted that the BWF’s harsh decision would turn away bookies from the badminton scene.

“It’s sad that match-fixing has surfaced in badminton. Usually, it’s linked to football and even tennis. Hopefully, the decision by BWF will be a stern reminder to other players and also bookies to stay away from badminton,” added Chong Wei.