The world-ranked No. 2 Wai Ching managed to scale all 86 floors of the New York’s Empire State Building in just 10 minutes and 47 seconds, earning him the win in the elite men's division race.

The 27-year-old Malaysian is the first Asian to win the Empire State Building Run-Up where the winners will get to donate US$100,000 (RM415,100) to a charity of their choice.

And to make it sweeter, Wai Ching also got to meet with actor Sebastian Stan, a.k.a the Winter Soldier from the Marvel Universe.

The Hollywood actor later shared their meeting on his Instagram.

Wai Ching plans to shift his training to Dubai where he hopes to be able to make an attempt to scale the Burj al Khalifa building at the end of the year.

Wai Ching made the Guinness World of Record for the Greatest Vertical Height Stair Climbing in One Hour (Male) with a distance of 1.295km after completing his run at the Four Season Hotel in Kuala Lumpur late last year. 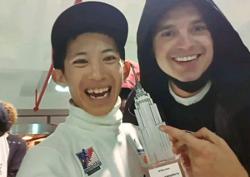 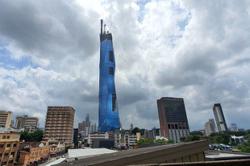