TOKYO: Yulimar Rojas of Venezuela jumped 15.67m to smash the world record in the women’s triple jump with her last attempt, having already secured the gold medal.

The previous record of 15.50m was set by Ukraine’s Inessa Kravets in 1995 in Sweden.

The bronze went to Spain’s Ana Peleteiro, who also broke the national record with 14.87.

Jacobs, 26, timed a European record of 9.80 seconds, with American Fred Kerley taking silver in 9.84 in one of the most understated major 100m races in recent times.

Canada’s Andre de Grasse, a bronze medallist at the 2016 Rio Games, repeated the feat in 9.89. 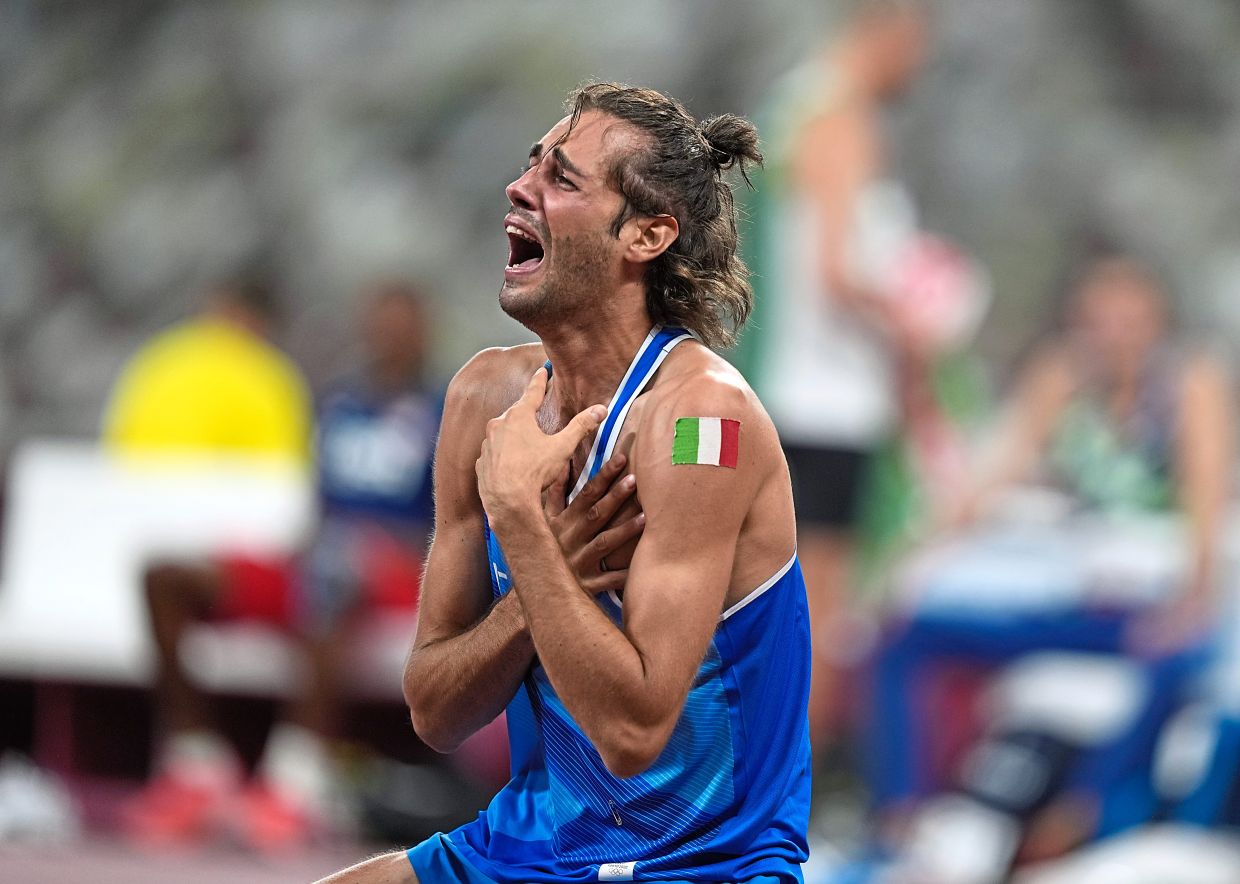 In the men’s high jump, Qatar’s Mutaz Essa Barshim added a coveted Olympic gold to his list of accolades yesterday, but he had to share the medal with Gianmarco Tamberi of Italy after both men ended on 2.37m.

Maksim Nedasekau of Belarus also cleared the 2.37m mark but he had more failed attempts, resulting in the bronze medal.

At the 2012 London Games, Mutaz won a bronze, which was later upgraded to silver.

He picked up another silver in Rio de Janeiro four years later and then won two successive world titles in 2017 and 2019.

Both Mutaz, 30, and the 29-year-old Tamberi did not have a failed attempt till they attempted to clear the 2.39 mark.

World record holder Karsten Warholm of Norway and his main rival, American Rai Benjamin, rolled through their men’s 400m hurdles semi-final shoulder to shoulder yesterday, setting up an eagerly awaited final showdown tomorrow.Two-time world champion Warholm had an explosive start inside the fan-free Olympic Stadium and won in 47.30, with Benjamin jogging across the line just behind him.

He faces stiff competition for Olympic gold – a title he has yet to claim – with his American rival equally determined to win after taking silver at the 2019 World Championships.

World bronze medallist Abderrahman Samba of Qatar and Brazilian Alison dos Santos, who won in the Stockholm Diamond League this month in a personal best 47.34, are also in contention.

Many expect the world record to fall again in tomorrow’s final. — Agencies 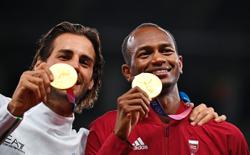