PETALING JAYA: It’s the boost national high jumper Lee Hup Wei (pic) needs as he gets ready to make his first international appearance this year in the Qosanov Memorial Championships in Almaty, Kazakh-stan, this weekend.

Hup Wei is virtually assured of making a third Olympics appearance in Tokyo next month after moving into the top 20 in the latest world rankings.

There are two routes to qualify for the Olympics in his event.

An athlete needs to equal the qualifying mark of 2.33m and will qualify for Tokyo. But they can also make the cut if they remain in the top 32 by the end of June.

That is the more likely option for Hup Wei unless he can hit the 2.33m barrier in Almaty.

Also in contention for a spot is Nauraj Singh Randhawa, who is now trying his luck in Europe.

However, Nauraj is ranked 46th in the world and must break his national record of 2.30m to realise a second straight Olympics appearance.

Hup Wei is raring to go in what is the last Olympics qualifying chance for the national athletes but is not sure whether his best will be good enough to secure early qualification.

“I am more likely to get to the Olympics through the world ranking but I will not take it easy.

“The lack of competition also worries me. This is only my first after more than a year and it’s really tough to build form and be consistent in this situation.

Another big motivation for the 34-year-old is that he will earn the right to bring his coach for the Tokyo mission.

It is the challenge set by the Malaysian Athletics Federation (MAF) for Hup Wei in the Qosanov meet.

Hup Wei was the first Malaysian to qualify for the men’s high jump final at the 2019 World Champion-ships in Qatar.

He cleared a career best of 2.29m to finish eighth in the final.

Hup Wei represented Malaysia at the 2008 Beijing and 2012 London Olympics. 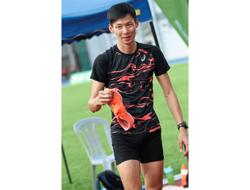